Joe Wilkinson is an English comedian, actor, and writer. He began his comedy career in 2004. He is a married man.

On 31 July 2015, Joe Wilkinson married his long-time girlfriend, Petra Exton secretly in Beechwood Hall, Cooksbridge, United Kingdom. Yet they have no children.

Joe and Petra are not bragging about their love life on social media, they are reportedly still together and doing well. 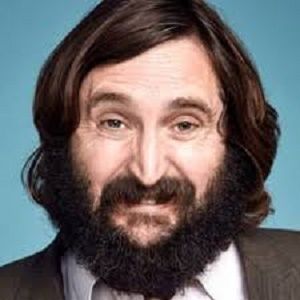 Who is Joe Wilkinson?

Joe Wilkinson is a popular English actor, comedian, and writer. He is popular for his performances in television programs as Live at the Electric and Lives at the Apollo.

Also, He alongside Diane Morgan is one half of the comedy duo “Two Episodes of Mash”.

This English actor was born as Joseph Wilkinson to his parents Stella and Brian Wilkinson in Bromley, England, the United Kingdom on 2 May 1975. His nationality is British and his ethnicity is English.

The details of his siblings are currently unavailable. This is because he has been keeping it private and far from the media.

Besides, he also has not revealed his childhood to the media.

On talking about his career, Joe Wilkinson first initiated his career at his local pub in 2004. Other, he has played lots of stands up shows on his tour: “Joe Wilkinson: My Dad’s Called Brian and My Mum’s Called Stella” and at venues as the Bloomsbury Theatre and the Edinburgh Fringe.

Wilkinson has appeared in a number of television shows since 2010 and in the same year, he has played various characters in Robert’s Web for the first series. Besides, he has also appeared in a popular show, The Rob Brydon Show, The Wright Stuff, Show & Tell, Comedy Lab, and My Funniest Year, 8 Out of 10 Cats, and has performed at a stand-up section of Russell Howard’s Good News.

In 2012, he wrote three episodes in the first series of Anna & Katy, as well as an animated short, A Fishy Tale. As well as in the BBC Three comedy show Live at the Electric, as half of the comedic double-act “Two episodes of MASH, Wilkinson was involved. He has appeared as a resident comedian on the revived series of Celebrity Squares on ITV since 2014 which was returned for a second series in April 2015.

Moreover, he starred in the Sky 1 series Rovers in 2016, which he co-wrote with David Earl, and was also a contestant on the Dave comedy game show series Taskmaster.

As of 2018, he has not been a part of controversy and rumor. Through his successful career, he knows to maintain his personal life including his professional.

Joe Wilkinson: Salary and the Net worth

He earns a decent amount of money from his Profession but has not been disclosed to the media. However, his estimated net worth is $18 Million as of 2022.

Joe Wilkinson has an average body type of dark brown hair and dark brown eyes. Besides that, he is 6 feet 1 inch tall with an unknown body mass.

They worked together in several shows.

Does Joe Wilkinson do stand up?

He is an amazing stand-up comedian.

Did Joe get fired from Countdown?

He was thrown out by Jimmy.
A.J. Saudin
Tags : Actor Comedian Writer