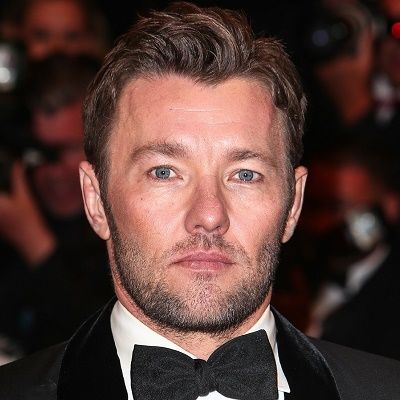 I'm on the list that I thought I'd never be on. I'm not sitting here thinking, 'God, I might get this part' or 'is it too late for me to play Hamlet?' It's really about: who do I get to work with? There's so many people on that list

It's tricky. I've never been standing at the top of the tree with tons of money thrown at me. I've never really had a profile. So in a way I have this 'nothing to lose' attitude

'The Great Gatsby' ticked so many boxes for me

I'm single, footloose and fancy free, I have no responsibilities, no anchors. Work, friendship and self-improvement, that's me.

Edgerton isn’t always very vocal about his personal relationship but he has dated openly. Currently, he is in a relationship with Christine Centenera. Christine is an Australian fashion designer. Furthermore, she is the co-founder of wardrobe.nyc.

Previously, he was in a relationship with Olympic Gold medalist Cathy Freeman from 2003-2005. He is known to have dated Wanessa Milhomem, a model; Alexis Blake, Isabel Lucas, and Robin McLeavy – all actresses.

Who is Joel Edgerton?

Joel Edgerton is an Australian actor, director, producer, and filmmaker. Similarly, he is best known for his works in movies like Star Wars: EpisodeII- Attack of the clones(2002), Star Wars: EpisodeIII- Revenge of the sith(2005), Kinky Boots(2005), Zero Dark Thirty(2012) and The Great Gatsby(2013). Joel is one of the most successful Australian actor working in Hollywood. Joel made his first-ever Directorial debut with the horror/thriller The Gift which he also wrote.

He is the founder of Blue Tounge Films.

Joel Edgerton was born on June 23, 1974, in Blacktown, New South Wales, Australia to parents Michael Edgerton and Marianne Margarette ( Van Dorth ) Edgerton. His current age is 45. Joel’s father Michael Edgerton worked as a solicitor and property distributer while his mother was a stay home mom. Marrianne is also a Dutch immigrant.

His nationality is Australian. He belongs to Mixed(English and Dutch) ethnicity.

Joel has one sibling, his big brother, Nash Edgerton who works as a stuntman and a film director. Both the siblings have taken part in many works especially during their early days. Also, he is a principal member of Joel’s Blue Tongue Films.

Joel Edgerton graduated is schooling from the Hills Grammar School in 1991. Later, he finished his higher studies from Napean Drama Scool at the University of Western Sydney.

Joel has had quite the long career. He first appeared in the T.V show “Police rescue” where he played the character of Andy.

After his T.V debut, Joel went onto work on many projects which eventually got him to land a role in the famous franchise Star Wars; EpisodeII-Attack of the Clones where he played the role of Owens Larrs; this would be his first Hollywood breakthrough after which Joel went onto work for the sequel of the franchise ‘Star Wars: episode iii- revenge of the Sith'(2005).

Joel played Will on the series ‘The Secret Life’ of us for which he got an AACT award. He has also lent his voice in an Academy nominated animated movie called The mysterious Geographic Explorations of Jasper Morello(2005).

The same year he worked on the British Comedy Kinky Boots where he played the role of the deceased shoemaker.

In 2006, he worked in the film whisper, the square( which he co-wrote with his brother), Acolytes, and Separation City. In 2010, appeared in the Crime Drama Film Animal Kingdom. He starred in the 2013 remake of the Great Gatsby in the role of Tom Buchanon alongside Leonardo di Caprio.

In 2018, Joel starred in the film Red Sparrows alongside Jeniffer Lawrence.

Edgerton was an ambassador for The Fred Hollows Foundation. It is a foundation that works to restore people’s sight in poor countries as well as to improve the health of Aborigines of Australia. Moreover, he has also visited Nepal for such propose.

Joel Edgerton’s has won a lot of awards and nominations for his work. He has won an AACTA Award for Best Lead Actor in a T.V Drama in 2000 for The Secret Life of Us.

He won a Film Critics Circle of Australia for Best Original screenplay with Matthew Dabner for The Square.

Joel Edgerton’s Net Worth is estimated to be around $3 Million. Furthermore, he has an estimated annual salary of around $500,000. His primary source of income is acting and filmmaking.

He was rumored to have been dating his co-star Jennifer Lawrence for the movie Red Sparrow where they share steamy kiss scenes. There were rumors of Joel to play the role of Kano in WB’s Mortal Kombat.

Edgerton has also been part of a controversial cast of Exodus: Gods and Kings. The movie’s cast was criticized as all the actors who play ancient Egyptians in the movie were white in skin color.

Joel is active on social media sites. He has an Instagram account with a fan following of about 120.3k and on twitter with about 27.3k followers.

Joel Edgerton and girlfriend Christine Centenera seen on an outing in Dublin, Ireland!