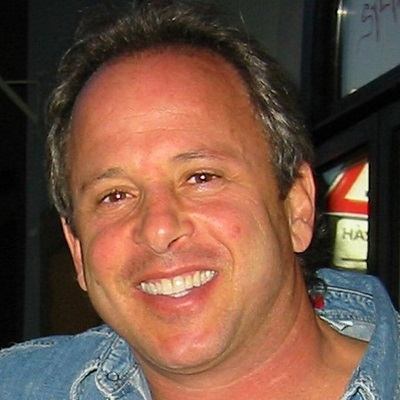 [Talking about working with James Cameron on Terminator 2]: "Jim writes very intricate action sequences. In most scripts, action is thinly outlined and basically left up to the stunt people to choreograph. With this movie, all of the action sequences have been detailed so explicitly that it has been like following a blueprint. And the great thing about this film is that all the action and stunts have been worked into the natural telling of the story."

Joel Kramer’s current relationship status is possibly single. Till date, he has not introduced anybody as his wife or girlfriend.

Who is Joel Kramer?

American Joel Kramer is Primetime Emmy nominated stunts coordinator, second unit director, and actor. He is renowned for his stunts in the movies like Fast & Furious 7, Predator, and Innerspace.

Joel Kramer was born on the 10th of September 1957 in Tucson, Arizona, USA. He is of Jewish-Germanic ethnicity.

Till the date, he has not shared any details on his family background including his father, mother, and siblings. Details on his academics are also not available.

Joel Kramer started his career as an actor in the late ’70s. In 1978, he made his movie debut with the film, Mag Wheels. In the action-comedy, he portrayed the character of Van Guy. The same year, he appeared in the movie, Jukebox as Danny.

Following that, he appeared in a few movies including Total Recall, The Running Man, and Universals Soldier in some uncredited roles. Despite starting his career as an actor, he got famous for his stunts in the movies.

As a stuntman, he expanded his career with the movie, Mausoleum. Initially, he workes as the stunts man for the movies including Never Too Young to Die, My Science Projects, and They Live. At the time, he got famous being the stunt double of the actor, Arnold Schwarzenegger.

Moving forwards, he started coordinating stunts. As a stunts coordinator, some of his famous movies include National Security, I am Sam, Death Sentences, and The Conjuring. The list continues with movies like Robocop, The Conjuring 2, and Fast & Furious 7.

Joel Kramer has brown eyes with light hair. He stands at a height of 6 feet 2 inches and has a decent weight.

Back in 2018, his name got involved in the Mee Too movement. The actress, Eliza Dushku accused that the stunts co-ordinator sexually molesting her during filming the movie, True Lies. At the time, the actress was only 12 years old. However, he has denied all her allegations.

One of them involved a 10th-grade girl who came to North Carolina in the spring of 1997 to see the set of Virus. While another woman accused that he forced her to perform oral sex on him.

You may also read the bio of Kyle Weishaar, Colin Furze, and Maverick Leonard.

American Actress Eliza Dushku Shares A Heart Breaking Story Of Her Childhood!! Says She Was Molested At The Age Of 12 On ‘True Lies’ Set