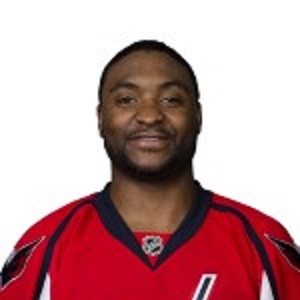 The benefits of the vaccine are twofold: one, is to protect those who get it, the adolescents and in the future adults

and secondarily to protect the community and the children in the household from being exposed to the bacteria.

The underreporting of this disease is monumental. Physicians don't even consider it when they treat adults for persistent cough.

What is the relationship of Joel Ward?

Joel Ward has kept his personal life private and out of the spotlight. He usually doesn’t talk about his private life in media and public. He hasn’t mentioned about his affairs publically and has managed to keep it low profile. There is no any record of his marriage and divorce till now. He has not clarified about his married life, affair, girlfriend, and spouse till the present time. He is currently focusing on his work. According to the records, he is possibly single at the present time.

Who is Joel Ward?

Joel Ward is a Canadian professional ice hockey player. He currently plays as a right-winger for the San Jose Sharks of the National Hockey League (NHL). He has previously played in the NHL for the Nashville Predators, Minnesota Wild, and Washington Capitals.

Joel Ward was born as Joel Randal Ward on December 2, 1980, in North York, Toronto, Canada. His nationality is Canadian and he is of Barbadian ethnicity.

He is the son of Randall Ward and Cecilia Ward. Joel Ward’s father worked as an auto mechanic and his mother was a nurse. His parents immigrated to Canada before he was born. He has two brothers named Shane and Julian.

In which school did Joel Ward attend?

Joel began his ice hockey career in the Ontario Hockey League (OHL) with the Owen Sound Platers. After completing his four-year junior career and his final year of eligibility with the Platers in 2000–01, he linked up with the lower professional team the Long Beach Ice Dogs of the West Coast Hockey League.

He played for the University of Prince Edward Island Panthers of the CIS.  He played for the Houston Aeros of AHL for the 2005-06 and 2006-07 seasons. He also spent a season with the Minnesota Wild of the NHL.

On July 15, 2008, Ward signed as a free agent to a one-year deal with the Nashville Predators. He scored his first NHL goal in his first game as a Predator against the St. Louis Blues on October 10, 2008. He left the Predators after the 2010-11 season and signed a contract with the Washington Capitals for the 2011–12 season. He played for the Capitals until the 2014–15 season. In July 2015, he signed a three-year, $9.75 million contract with the San Jose Sharks. Since then, he plays for the Sharks as a right-winger.

In 2014, Ward was selected to represent Team Canada at the IIHF World Championship.

Joel Ward: Salary and Net Worth

Is Joel Ward involved in any rumors and controversies?

Joel has a height of 6 feet 1 inches and weighs 83 kg. His hair color is black and his eye color is also black. His shoe size
is unknown.

Also get to know more about the birth facts, education, career, net worth, rumors, height, and social media of different personalities like Noah Hanifin, Brett Ritchie, and Micheal Haley.