Joely Fisher is an American actress and singer. She was seen in the ABC sitcom Ellen. She is married and has five kids. 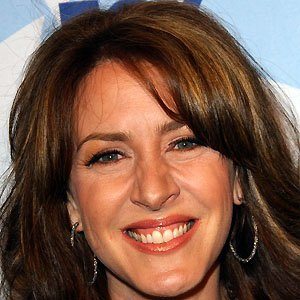 I didn't finish college, which is really weird because they awarded me the Alumni of Distinction recently.

But unfortunately, when you have a kid, you sometimes eat everything they leave behind. So far today I've had some of her leftover pancakes with peanut butter.

I am still learning every day not to watch other people's careers and compare.

Joely Fisher is a married woman. She has been married to cinematographer Christopher Duddy since December 31, 1996.

She has also two sons from her husband’s previous marriage and they are named Cameron (born c. 1986) and Collin (born circa 1988). She is currently living in Los Angeles next to Fisher’s sister Tricia.

Who is Joely Fisher?

Joely Fisher is an American actress and singer who is best known for her role on television as Paige Clark on the ABC sitcom ‘Ellen’.

Also, she is best known for her role as Joy Stark in the Fox sitcom ‘Til Death’.

She was born on October 29, 1967, in Burbank, California, USA. She is currently 52 years old. Her father’s name is Eddie Fisher (singer) and her mother’s name is Connie Stevens (actress).

Her biological parents divorced when she was two years old and she was raised by her mother. She made a world tour with her sister and with Stevens. They attended different schools and having tutors.

Fisher holds American citizenship and her ethnicity is a mix of Ashkenazi Jewish, Italian, and Irish.

Talking about her education history, she attended Beverly Hills High School and graduated from there. Later, she attended Emerson College in Boston and later attended the University of Paris for one semester.

Joely Fisher debuted her film career from the role of Averil in the comedy film ‘Pretty Smart’ in 1987. Then, she played Kris in Tv’s Schoolbreak Special drama ‘Dedicated to the One I Love’ in 1991. She portrayed guest roles on ‘Growing Pains’, ‘Blossom’, ‘The Golden Palace’, ‘Grace Under Fire’, and many more.

Later, she appeared as Paige Clark on the sitcom ‘Ellen’ in 1994 and appeared as Dr. Brenda Bradford in the feature movie ‘Inspector Gadget’ in 1999 opposite Matthew Broderick. She made her Broadway debut as a replacement in the revival of ‘Grease’ in 1994.

Similarly, Joely appeared in the Lifetime network’s drama series ‘Wild Card’ from 2003 to 2005. She appeared as insurance investigator Zoe Busiek in the series. Moreover, she portrayed the recurring role on ‘Desperate Housewives’ as Lynette’s boss Nina. Recently, she appeared as Wendi on ‘Last Man Standing’ from 2014 to 2016.

Fisher was nominated for Golden Globe Award in the category Best Performance by an Actress in a Supporting Role in a Series, Miniseries or Motion Picture Made for Television for ‘Ellen’ in 1998, won Jury Prize in the category Best Actress Feature Film for ‘Search Engines’ in 2016, and nominated several times in her career.

Joley has been successful in keeping herself far from rumors and controversies in her personal and professional life.

To know more about Lili Taylor, Callie Thorne, and Annabeth Gish, please click on the link.