Joey Batey is an actor, singer, and songwriter who acted in Netflix’s The Witcher.

Joey Batey is most probably single at the moment. Though Joey hasn’t clarified his relationship status, his activity on social media, his public appearances, and interviews all suggest that he is single as of now.

Many fans had speculated that he was dating co-star star Anya Chalotra but that can’t be true as Anya is in another relationship at the moment.

Joey has also not shared anything about his dating history and so, nothing is known about his past girlfriends and relationships. 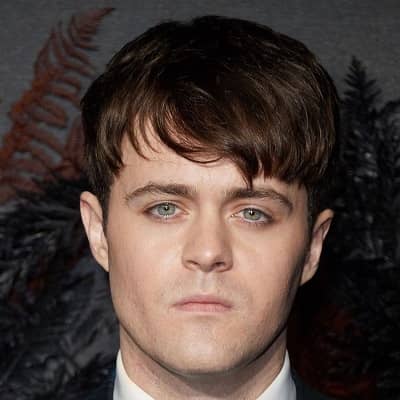 Who is Joey Batey?

Joey Batey is a popular English actor, singer, and songwriter. He is best known for his portrayal of Jaskier, one of the main characters in Netflix’s TV adaptation of The Witcher.

Batey is also well known for singing the song Toss a Coin to Your Witcher, which was used in the 2nd episode of The Witcher.

Joey Batey was born on the 1st of January, 1989 in Newcastle, England. As of now, his age is 32. His nationality is English and his ethnicity is Caucasian.

Joey has not revealed much about his childhood and parents yet. Still, he has shared that he grew up as a single child and that his family was very into music. Thanks to this, Joey also developed a passion for music which helped quite a bit in his career the future. Joey spent most of his childhood around Newcastle, England.

Talking about his education, Joey graduated from a local high school in Newcastle. For further education, he went to Robinson College, University of Cambridge.

He graduated from Cambridge with a degree in Medieval and Modern Language. After this, Joey also took acting lessons from the L’École Internationale de Théâtre Jacques Lecoq in Paris.

Batey made his debut in 2013 with the British movie Murder on the Home Front. A year later, he appeared in the movie Riot Club. During this, he also appeared in a lot of TV shows such as The White Queen, Whitechapel, and Mount Peasant.

Then, in 2017, he gained a lot of popularity thanks to his roles in the movie Film Stars Don’t Die in Liverpool and in the TV series Knightfall. He also appeared in 2018’s Shakespeare & Hathaway: Private Investigators.

Joey got his biggest role in 2019 as Jaskier in Netflix’s TV adaptation of The Witcher. While on set for the series, he worked alongside other well-known actors such as Henry Cavill, Freya Allam, Anya Chalotra, and many more. Upon release, the series gathered a lot of positive attention and audiences worldwide loved the series.

And as Joey played Jaskier, one of the major characters, he also gained worldwide fame. He also sang the song, Toss a Coin to Your Witcher which was used in the series.

The song went viral as soon as it aired in the 2nd episode and many have covered the song on Youtube. Joey has been in the news recently as well due to t the anticipation for the 2nd season of The Witcher, set to release in 2021.

Joey is also the vocalist, primary writer, and composer for the indie-folk band The Amazing Devil.

As of 2022, Joey Batey has an estimated net worth of roughly 500k U.S. dollars. He has not revealed anything regarding his annual salary.

Batey has been focusing on his career and hasn’t been a part of any negative rumors or controversies yet.

Joey stands at a height of 5 feet 11 inches tall and his weight is approximately 70 kilograms. He is blessed with good looks and has built an attractive and muscular physique. His hair is dark brown and his eyes are grey in color.

Get to know more about the lives of celebrities Katia Bokor and Anna Shaffer.