Joey Hendricks is a singer and songwriter who competed in American Idol S15. He is currently single. 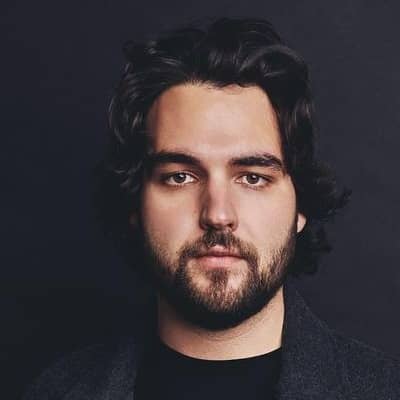 What is the relationship of Joey Hendricks?

Joey Hendricks is a very secretive person when it comes to his private life. Until now, he hasn’t introduced anyone as his girlfriend neither he has revealed his love life.

So, he currently appears to be single. Also, he is focusing on his career rather than any love affairs.

Who is Joey Hendricks?

Joey Hendricks is an American rising Country singer and songwriter. He is one of the contestants of American Idol season 15.

Lately, he is known for his debut single, ‘Yours or Mine’.

Joey was born on the month of 27th of October in the year 1996. He hails from Anacortes, Washington. He holds an American nationality whereas his ethnicity is unknown.

The name of his mother is Christine Hendricks whereas he has never mentioned his father’s name to the public. He is the youngest sibling and has two older siblings a sister named Carly Hendricks and a brother whose name is unknown.

Moreover, his academic background is also under the curtain at the moment.

In Joey’s high school sophomore year, his father brought him a book called “How to Play Acoustic Guitar for Beginners”. The book made him interested in music and started to write songs.

Also, he participated in the 2016 American Idol’s 15th season but he couldn’t make his position on the show. In October 2017, he moved to Nashville to pursue his career as a songwriter and signed a publishing deal with Parallel Entertainment.

He wrote songs like Drifter, Top Drawer, and more. During the time, Tim Hunze, a co-founder of Parallel Entertainment encourage him to record his songs.

In July 2020, Joey signed with Sony Music Nashville and eventually released his debut single title ‘Yours or Mine’. In August 2020, he released the official video of his debut single, ‘Yours or mine’ on his Youtube channel. The video gained more than 24.6k views to date.

Similarly, recently, he released another music video, Hollywood on January 22, 2021, on his Youtube channel which has received over 18.9k views until now.

To date, the singer hasn’t been part of any sorts of rumors and disputes. Also, he stays away from any controversial acts and scandals.

Joey is a well-known musician whose genre is country and also he is enhancing his career at the moment. Recently, he released his debut song, ‘Yours or Mine’.

As a musician, he might have earned a fair amount of fortune. As of 2022, he has an estimated net worth of $15 million. Also, his salary and yearly income are in the dark at the moment.

As for his appearance, the singer seems quite tall but his exact height, weight, and other body measurement are still under review.

He has brown hair color and a brown pair of eyes as well. Also, he has a tattoo on both hands.

The singer has a Facebook page with more than 2.4 followers. He is active on Instagram under the username @imjoeyhendricks where he has over 4k followers. The singer is also available on Spotify.

Similarly, he joined Twitter in 2012 under the username @joeyhendricks1 and has 224 followers to date. He has also a self-titled Youtube channel with 426 subscribers so far.