Johann Urb is an Estonian-born American actor, film producer, and former model. He has been married to Rachel Emma Pringle.

Johann Urb is a married man. He has been married to Rachel Emma Pringle since 2018. Rachel is a model and a life coach. It seems they have not welcomed any children yet. They are often seen together and they post pictures of together in their Instagram accounts.

Previously, he was married to Erin Axtell Urb on August 16, 2007. The duo started dating in 2007 and after being in a relationship for over two years, the duo got separated in 2010 and officially divorced on December 24, 2010. 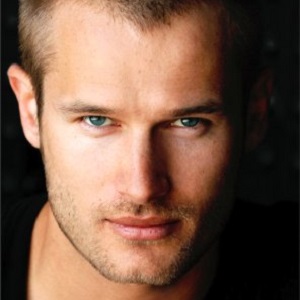 “I had to clean up my look [for the role on "The Mountain"]. Usually I have more of a beard. I'm a guy's guy. I don't like to tinker in front of a mirror in the morning. Shaving is not my thing.”

Who is Johann Urb?

Johann Urb is an Estonian born American actor, film producer, and former model who is best known for his role as Leon S. Kennedy in the film ‘Resident Evil: Retribution’ in 2012.

He was born on January 24, 1977, in Tallinn, Estonia. He is currently 45 years old. His mother’s name is Maris Urban and his father’s name is Tarmo Urb(musician).

He shifted to Finland at the age of 10 with his mother and her new Finnish husband and lived mostly in Tampere. After seven years, he moved to the USA where his father lived. His uncle is Tom Urb and he is a good friend of film director Brad Jurrjens.

Johann holds American citizenship but his ethnicity is Estonian.

Talking about his education, he studied at Lee Strasberg Theatre and Film Institute.

After she shifted to the USA, he started his career in modeling in New York, and later began his acting career.

He debuted from a small part from the film ‘Zoolander’ in 2001 and later appeared in the short film ‘Fear of Feathers’ and in an episode of ‘CSI: Miami’. He portrayed the character Travis Thorson in the television series ‘The Mountain’ in 2004 for which he relocated to Canada. After a year, he appeared as Fyn Anders in ‘Love’s Long Journey’.

He is also well known for his television roles as Robbie Mac in the series ‘Californication’ in 2013, Burt Moore in ‘NCIS’ in 2014, and recently he portrayed the role of Vincent Sobel/ Vigilante in ‘Arrow’ in 2017.

The 42 years old actor has not been awarded and nominated for his work to date.

The talented actor has accumulated a net worth of around $1 million as of 2022, and he has earned that sum of money from his professional career.

He has been successful in maintaining his celebrity status and he has not harmed anyone in his career. Also, he has not been engaged in any types of rumors and controversies.

He has a height of 6 ft. 4 inches and he weighs 88 kg. Also, Johann has light brown hair and blue eyes.