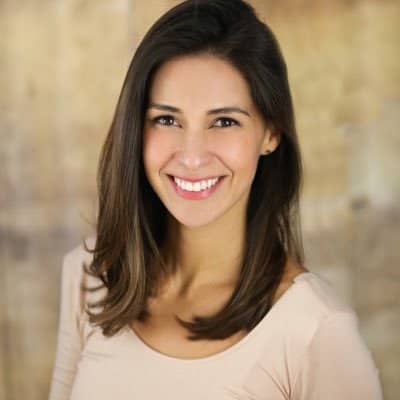 Johanna Botta is happily married to Willem Marx who is an Author and NBC News Correspondent. The couple started dating in 2011 and was engaged in 2013.

Later, the couple tied the knot in 2014 on the beautiful Amalfi Coast in Italy. The couple is blessed with a son. They welcome a son named Diego on December 23, 2015.

Previously, Johanna was in a relationship with Wes Bergmann. They first met on The Real World: Austin and they joined Fresh Meat as a couple.

The pair dated for two years and got engaged also bought a house together. However, they called off the engagement before The Island.

Who is Johanna Botta?

Johanna Botta is a Tv show host, director, and reality show star. She is best known for appearing in the reality show, The Real World: Austin.

The TV show host was born on April 16, 1983, in Lima, Peru. As of 2021, she is 38 years old. She holds Peruvian citizenship and she belongs to the mixed ethnicity of Peruvian-American. Her Zodiac sign is Aries and her full name is Johanna Patricia Botta.

Details regarding her parents including father, mother, and siblings are unavailable.  Talking about her academics background, she studies sociology and social psychology at the University of California, Riverside from 2001 to 2004.

In 2005, the reality show star first stepped into the entertainment industry. She appeared as a contestant on the sixteen seasons of The Real World: Austin. She was a winner of The Gauntlet III.

Johanna has competed on Fresh Meat, The Island, and The Ruins. In Ruins, Sarah was her opponent where she loses against her in Crunch elimination history. Then, she has hosted a variety of television shows such as VH1’s Big Morning Buzz, MTV’s Guy Code, and Fuse’s Trending 10.

Moreover, she was Skype’s official host of the red carpet coverage for the premieres of several comic book movies. Similarly, she was seen on the episode of the TV show ‘Sexiest Women of Reality TV’. In 2011, she portrayed the role of Nyle’s Secretary in the series ‘Law & Order: Criminal Intent’.

Besides, she directed a documentary, Refreshing Faith in 2013.

Until now, she hasn’t surrounded by any sorts of rumors and scandals that hamper her career and personal life. Also, she stays away from the media.

She has not yet disclosed her net worth. However, she might have earned excellent income throughout her career.

The reality show star has a slim body type and she is 5 feet 7 inches tall approximately whereas her weight is unknown. She has black eyes color and her hair color is brown.