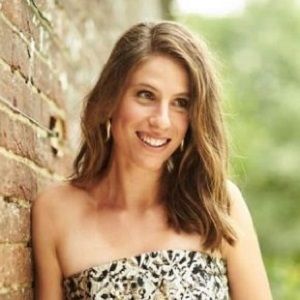 If I would go out against some of these players and see them as their ranking, then I probably would have already lost before I even stepped on the court

This tennis world, this tennis community, is very much a bubble, and it's very easy to get lost in here. You know, there is a real world out there still

Every opponent is a new opponent. Trust me, they don't give a crap how many matches I have won.

Johanna Konta is in a relationship. She is having a romantic affair with Hawk-Eye’s Kether Clouder. They are seen together on award shows and public functions. Looking at their chemistry, it seems like they might soon get married as well.

There is no information on the previous relationships of Johanna.

Who is Johanna Konta?

Johanna Konta is a British tennis player. Previously, she represented Australia until 2012. She has won three singles titles on the WTA tour. In addition, she is the winner of 11 singles and four doubles titles on the ITF circuit in her career. She is the current British number one. Her doubles ranking peaked at No. 88 on 1 August 2016.

Johanna was born on 17 May 1991, in Sydney, Australia. Johanna holds three nationalities, Hungarian, British, and Australian. She belongs to Hungarian ethnicity.

She is the daughter of Hungarian parents Gábor, a hotel manager, and Gabriella, a dentist. Johanna has a sister named Eva Konta. She was introduced to tennis at an after-school program at the age of eight. When she was 14, she began attending the Sanchez-Casal academy in Barcelona. While she was in Spain her parents moved to England. After that, her family settled in Eastbourne, East Sussex.

There is no information on the educational background of Johanna Konta.

Johanna started playing tennis when she was eight years old. She won her first professional tournament when she was 16. Johanna began playing tennis professionally in 2008. She won her first ITF singles title at a $10,000 tournament in Bosnia and Herzegovina. She represented Australia until 2012. At the 2013 Australian Open, Konta failed to build on her good form from the US Open.

She became a British citizen in May 2012. After that, she switched her sporting allegiance from Australia to Great Britain. She has won three singles titles on the WTA tour. In addition, she is the winner of 11 singles and four doubles titles on the ITF circuit in her career.

Johanna reached the semifinal of the 2016 Australian Open. After that, she became more popular among tennis fans. She finished seventh in the 2017 French Open.

Johanna Konta: Salary and Net Worth

Johanna has a net worth of $4 million and her present salary is $1 million USD.

Konta has an athletic body with a height of 5 feet 11 inches and weighs 70 kg. Her hair color is brown and her eye color is green. Her body measurement is 36-25-37 inches and wears a bra size of 34B. She wears a dress size of 4(US) and her shoe size is unknown.