Johannes Radebe is openly Gay and his relationship status at present is taken. He is currently dating a graphic designer named Paul Atkins.

They first met each other in 2008 and started to date. They haven’t exchanged vows but they exchange rings in the year 2017. 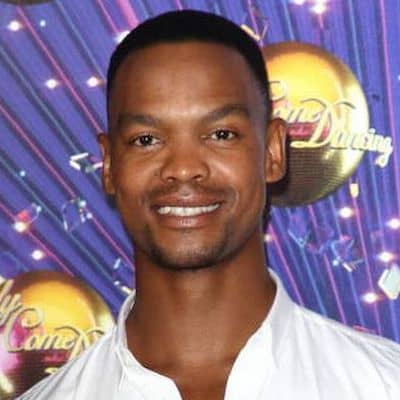 Who is Johannes Radebe?

He is also a digital influencer who has thousand of followers on his social accounts. As a contestant, he was seen on Celebrity MasterChef (2021).

His birthdate is 27 April 1987 and he was born in Zamdela, South Africa. The name of his mother as well as his father’s identity is not yet published.

But he shared his mom’s picture on Instagram in 2018.

Further, Johannes’s ancestry is African and has a sister. As per his academics, he along with his sister attended a dance school.

But he started to gain fame after seeing in Morning Live (2020-21). Then he participated in Strictly Come Dancing for its three seasons. He first competed in season 17 with partner Catherine Tyldesley and came at the 11th position.

Then he was seen in its 18th season, where he teamed up with Caroline Quentin. In this chapter, they came at the 8th position. Later in the 19th series, Johannes got a new dancing partner John Whaite with whom he came at the second position.

By the 2021’s figures, he has an estimated net worth of $500k. However, his monthly salary is not yet disclosed.

This professional dancer is keeping himself away from scandals as well as rumors. But in childhood, he was bullied for being a homo boy.

Johannes Radebe’s height is 6 ft and his body weight is 75 kg. Adding further, he has black hair and has eyes in dark brown color.

Johannes is officially present on social sites such as Instagram and Twitter with over 342k and 101k followers respectively.