John is always referred to as a “ladies man.” Bolaris has already been in multiple relationships. His first and only wife is Pamela Duswalt, a model from new york.

They had married in 1998 but later separated. Moreover, he has a daughter, Reina with Tiffany McElroy, a former reporter.

Previously, he has been connected romantically with Lauren Hart, Jane Robelot, and Nicole Miller. 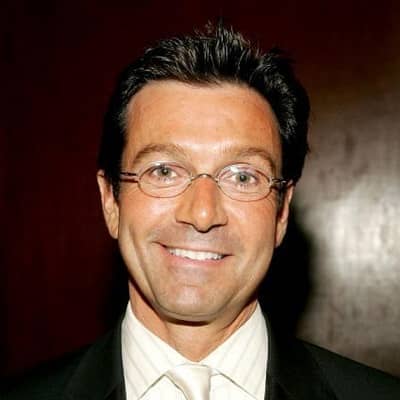 Who is John Bolaris?

Currently, he works as the President of BlackLabel Luxury Real Estate in Philadelphia, Pennsylvania.

Bolaris hasn’t disclosed the name of his parents. However, his father, a truck driver immigrated from Greece and his mother was a housewife. He was very interested in weather studies and meteorology from an early age.

He is of American nationality and of Jewish and Irish ethnic background. Bolaris graduated from the Connetquot High School in 1975 and Suffolk County Community College in 1980. Moreover, he joined U.S. Air Force in their Weather Technical School to serve three years in the Air National Guard where he got to know more about weather conditions.

John Bolaris also served as a weather forecaster for the New York Yankees. John even appeared as a reporter on the CBS Evening News along with Dan Rather at the time of  Hurricane Hugo.

He then began working for Philadelphia after getting relocated by CBS executives in 1990. In 2009, he worked as the Chief Meteorologist at Fox 29. After leaving Fox 29, he became a weather columnist at The Philadelphia Inquirer and launched his own weather website, Weather Savior.

Later in 2012, he made his appearance on The Howard Stern Show to discuss Hurricane Sandy.

In 2016, he retired from meteorology and eventually co-founded BlackLabel Luxury Real Estate. He has worked with the likes of Joel Embiid and Michael Raffl as a realtor.

John has won four Mid-Atlantic Emmy Awards. He won three under the category of Best Weathercaster and one under Best Entertainment Host for ‘Time Out’, a television show on WCAU in Philadelphia, Pennsylvania.

John Bolaris has an estimated net worth of $2 million from his basic salary, and tips and bonuses from his business.

John’s work has made many headlines for the rumors and controversies. In the year 2001, he was backlashed after predicting a major blizzard, the “storm of the century” and predicted that it would hit Philadelphia.

He even compared the upcoming storm to the North American blizzard of 1996.

John requested all the people to stay home from work and the business was closed in the area. However, the so-called storm was no more than an inch of unharming snow. He even received multiple death threats for his false prediction.

In 2010, some people drugged him and charged $43,000 on his American Express card while he was in Miami. As a result, the FBI arrested 17 suspects and it made headlines on ABC’s 20/20 and American Greed.

John Bolaris stands 5 feet and 7 inches tall and weighs moderate. He has black hair and brown eyes. His other body measurements remain under review.