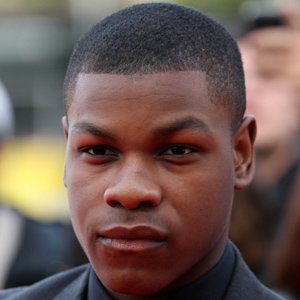 I remember my manager telling me, 'Be myself, be humble, keep rooted, keep God first'. Those words were very helpful

'Attack The Block' is an alien invasion film set in South London. It's about a group of kids who are some petty thugs, who have to find the hero in themselves, when they attack

John Boyega is possibly single. Recently, he said that he wants to be in a relationship with a Christian girl.

However, he was seen with a girl watching the UK premiere of “Star Wars: The Last Jedi.” She seems to be of African ethnicity.

Who is John Boyega?

BAFTA Rising Star Award John Boyega is an English actor and producer who is active since 2011. He rose to fame as Finn in the 2015 blockbuster Star Wars: Episode VII – The Force Awakens and as Moses in the 2011 film Attack the Block.

The son of Abigail and Samson, John Boyega was born in Peckham, London. He was born on 17 March 1992 and named as John Adedayo B Adegboyega.

His father is a Pentecostal preacher and his mother works with the disabled. He is of Nigerian ethnicity and has British nationality. He has two sisters namely Grace Boyega and Blessing Boyega.

His first role was a leopard in a play at his primary school. He was noticed by the artistic director of Theatre Peckham, Teresa Early.

Talking about the career journey of John Boyega, he is active in the entertainment field since 2011. In 2011, he appeared with a short role in the television series Da Brick, Becoming Human, and Law & Order: UK. In the same year, he also appeared in the film Attack the Block portraying the character of Moses.

For the role, he has won Black Reel Award for Best Actor. With his impressive acting, he has been successful in impressing his fans and critics. In 2014, he appeared in 24: Live Another Day and Major Lazer. Likewise, he appeared in the film Star Wars: The Force Awakens portraying the character of Finn in 2015. For the role, he has won BAFTA Rising Star Award and Empire Award for Best Male Newcomer.

Additionally, Boyega has also given his voice to the character Finn in video game Disney Infinity 3.0 and Lego Star Wars: The Force Awakens. He has also appeared in the stage show Othello in 2010 and Woyzeck in 2017. He has spread his wings equally at ease with both forms of media.

His success in career path has paid him well financially making his net worth estimated to be $2 million.

He suffered criticism when he confirmed Finn and Poe’s gay rumors. recently, he was seen protesting for George Floyd’s death.

John Boyega has a height of 5 feet 9 inches. His body weighs 87kg. He has black hair and black eyes.