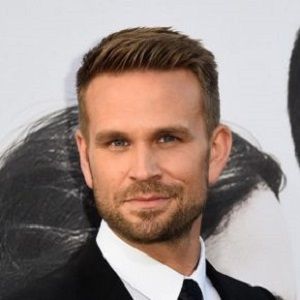 John Brotherton is a married man since a long time. He is married to his longtime girlfriend Alison Raimondi. After years of their affair, the couple got married on 7 June 2008. Their first daughter, Shia Bellatrix was born on September 25, 2010. The couple became parents for the second time on March 3, 2012, when their second daughter, Saylor Callisto was born. John and Alison have been married for over 8 years now and their relationship is still going very well. There is no other record of his relationship. It seems like Alison is the first love of his life, and he is living a happy life with his wife and daughters.

Who is John Brotherton?

John Brotherton is an American actor. He is well-known for playing Jared Banks on the ABC soap opera One Life to Live and Dr. Matt Harmon on the Netflix sitcom Fuller House.

John was born on August 21, 1980, in Ellensburg, Washington, United States. His nationality is American and he is of North American ethnicity.

He attended elementary school in Portland. His family later moved to the Portland suburb of Beaverton, where Brotherton attended Whitford Junior High School and Beaverton High School. He graduated from Beaverton High School in 1998. After that, he attended Oregon State University in Corvallis, Oregon. He was interested in acting since his childhood age and got involved in theater age of 10.

John began his career as a child actor in the theater when he was ten years old. His first movie role was in the 2005 film Pervert! The following year, he appeared as Butler in Analog Days (2006). His first TV role was as Chuck in The Game (2006). From 2007 to 2010, he played the role of Jared Banks in One Life to Live. He also had roles in films including The Conjuring, Guardians of the Galaxy, and Furious 7.

Since 2015, Brotherton began playing the role of Dr. Matt Harmon on the Netflix series, Fuller House. He was promoted to series regular for Season 2 after playing a recurring role in Season 1.

John Brotherton: Salary and Net worth

John Brotherton has the height of 6 feet 2 inches. John has brown hair and blue eye. Furthermore, his weight is not known. Also, there are no details on his body measurement.