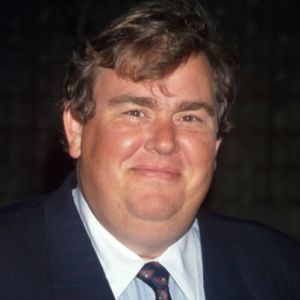 I think I may have become an actor to hide from myself. You can escape into a character

[on Ghostbusters (1984)] Harold [Ramis] had called and things just didn't go well with the negotiations on it. We didn't see eye to eye on certain things and the rest is history. But Rick [Moranis] did a great job with it

[on Who's Harry Crumb? (1989)] It offered me a lot of different characters to play and it was a lot of fun.

Moving towards the personal life John Candy, he was a married man. John Candy had tied his knot with Rosemary Margaret Hobor on 28 April 1979. The couple was blessed with two children i.e Jennifer Candy and Christopher Candy.

There was no any issue of separation between the blessed couple. Their relationship was depending on mutual trust and understanding. They both were loyal towards each other.

Who is John Candy?

John Candy was a comedian as well as an actor.

He was a member of the Toronto branch of the Second City and its related Second City Television series. He acted in comedy films as Stripes, Splash, Cool Runnings, Summer Rental, Home Alone, The Great Outdoors, Spaceballs, and Uncle Buck.

Furthermore, he was part of the onscreen performances as Del Griffith in the John Hughes comedy Planes, Trains, and Automobiles.

Born on October 31, 1950, in Newmarket, Canada, he is the son of Sidney James Candy and Evangeline Candy. He belongs to Canadian nationality.

His ethnicity is  English, Scottish descent, Polish and Ukrainian descent. Besides this, there is no information regarding his childhood.

Moreover, he had studied at Neil McNeil Catholic High School, later enrolled in the Centennial Community College to study journalism. Then he had joined McMaster University for higher education.

His first role was a small, uncredited appearance film Class of ’44 in 1973.  Then he had acted in numerous other low-budget movies like the bank-robbery thriller The Silent Partner with Christopher Plummer and Elliott Gould.

He had even played the role of Richie, an accused killer, in episode “Web of Guilt”, on the Canadian TV show Police Surgeon in 1975. The next year, he had played a supporting role on Peter Gzowski’s short-lived, late-night television talk show, 90 Minutes Live.

Subsequently, he had begun a more active film career, appearing in a minor role as a US Army john Candy: soldier in Steven Spielberg’s big-budget comedy.

Then he had approached to play the character of accountant Louis Tully in Ghostbusters in 1983. He had even played in a light romantic drama, Only the Lonely, which had him as a Chicago cop torn between his overbearing mother in 1991.

Likewise, he had a vacation from movie production in Durango City, Mexico, he had called his friends, including  Larry Smith. But he was found dead from a presumed myocardial infarction even though it was unproven.

Through his hard work in his professional life, he has earned a net worth of $15 million. And between the year 1981-1982, he had won Emmy Awards for the show’s writing.

There are not any desperate rumors regarding his personal as well as professional life. Moreover, he had never faced any kind of controversy in his career.