American John Carter Cash is a record producer and music artist, and songwriter. 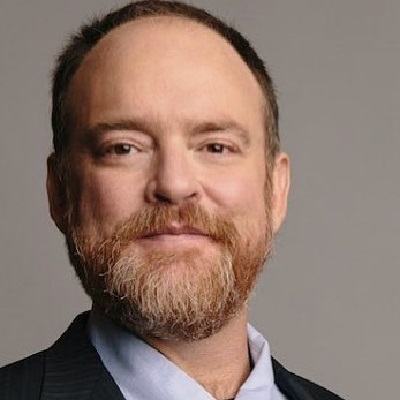 John Carter Cash is happily married to his wife, Ana Cristina. She is also a singer and songwriter by profession.

After dating for several years, he married his girlfriend, Ana Cristina. They married on 29th October 2016. The wedding took place in The French Huguenot Church in a lavish vintage style.

Together, the couple is blessed with a daughter, Grace June Cash.

Prior to this, he was married to Laura Webber on 1st July 2003. From the marriage, he has two children Anna Maybelle Cash and Jack Ezra Cash. They got divorced in 2013.

Before that, he married Mary Joska in June 1995. They have a son, Joseph John Cash. After 5 years of marriage, they got separated from divorce.

Who is John Carter Cash?

American John Carter Cash is a record producer and music artist, and songwriter.

He is also the owner of Cash Cabin Enterprises. Last, in 2020, he made his appearance in the TV series, The Dennisance as a guest.

Cash was born on 3rd March 1970 in Nashville, Tennessee, the United States in a musical family. He is of British-Germanic ethnicity.

He is the son of Johnny Cash and June Carter Cash. His father, Lt. Johnny is a legendary singer-songwriter and actor. Also, his mom, Lt. June Carter Cash is a multi-Grammy Award-winning actress, dancer, and author.

He has four-half siblings; Rosanne, Kathy, Cindy, and Tara Cash from his father’s first marriage. Her sisters; Rosanne and Cindy are a singer and songwriter.

Also, he has two step-sisters; Rosie Nix Adams and Carlene Carter from his mother’s previous marriage. Also, details on his academics are not available.

Born in a musical family, he was inclined to music from his childhood. However, he started his musical journey as a record producer with his mother’s CD, Press On that won a 1999 Grammy.

Following that, he started working with his father as an associate producer and gave the Grammy-winning records like American III: Solitary Man and American IV: The Man Comes Around.

In 2003, he released his first album, Bitter Harvest to the international market. The same year, he produced the record, Wilwood Flower for his mother that received the Grammy in the Best Traditional Folk Album category.

Within his journey as a record producer, he was worked with various legendary music artists like Sheryl Crow, Jessi Alexander, Josh Turner, and many more.

Apart from being a record producer, he has published his books like Anchored in love John Carter Cash (2007), Daddy Loves His Little Girl (2010), and  Lupus Rex (2013). Last, in 2018, he launched his latest book, The Cash and Carter Family Cookbook.

Also, he has produced documentaries like Johnny Cash (2008) and Dragon Song (2019). Also, he appeared in the short, Dragon Song as Sheriff Lamberic White.

Apart from that, he also earns through his career as a singer and producer.

John Carter Cash has brown eyes with brunette hair. He stands at a height of 6 feet 4 inches and has a decent weight.

Back in October 2014, he has been in the headlines when he got arrested at the Deer Lake Airport in Newfoundland in Canada. At the time, the recorder producer stripped his underwear at the airport.

As per the police report, he appeared to be drunk.

Also, he has a self-titled YouTube channel with around 482 subscribers with more than 232k views.