John Corbett and Bo Derek are officially married! Find out when 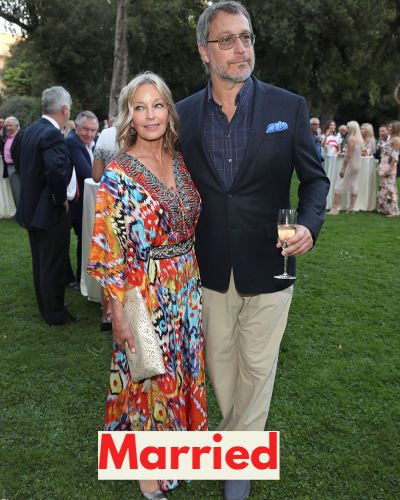 John Corbett is officially off the market. John married his longtime partner Bo Derek around Christmastime. While appearing on The Talk on 3rd August 2021, he told his co-host, Jerry O’Connell, that he already married. He said,

“Jerry I can’t believe that I forgot to tell you that around Christmastime we got married. Bo and I got married! We’re pretty private people, we didn’t make an announcement, all our friends and family knew but this is the first time either one of us has said anything publicly about it because really we haven’t had an opportunity.”

“So, you’re my buddy and now I guess I’m telling all of America, or the world. After 20 years we decided to get married, we didn’t want 2020 to be that thing that everybody looks back at and hated. We thought, ‘Well, let’s get one nice thing out of it,'”

The couple walked down the aisle with Bo in a private ceremony. They have been together for nearly two decades. They did not marry each other for years because they did not commit to that yet. The couple started dating each other in 2002 as she felt an immediate attraction and comfort. Derek revealed that he made her all the time and he is full of joy.

Also read Bo Derek: her new documentary film, working with Donald Trump in 1989, and her famous cornrows in 1979 film 10!

How much is the net worth of John?

John Corbett has an estimated net worth of $9.5 million. His film work includes All the Boys: P.S. I Still Love You, 47 Meters Down: Uncaged, Gully, The Silence, God’s Not Dead: A Light in Darkness, All Saints, My Boy Next Door, and more. His TV series work includes Rebel, Undone, Portlandia, Mata Hari, Still the King, Sex & Drugs & Rock & Roll, Parenthood, United States of Tara, Lucky, Sex and the City, The Visitor, and Northern Exposure.

On 4th April 2006, he released his first album John Corbett and on 5th February 2013 his second album Leaving Nothin’ Behind was released.

Also read Celebrities who got married at a very young age before 20! Find if they are still together, children and net worth in 2020

John Corbett is an American actor and country music singer. He is famous for his role in Northern Exposure, Aidan on Sex and the City and it’s a sequel too. Read more bio…