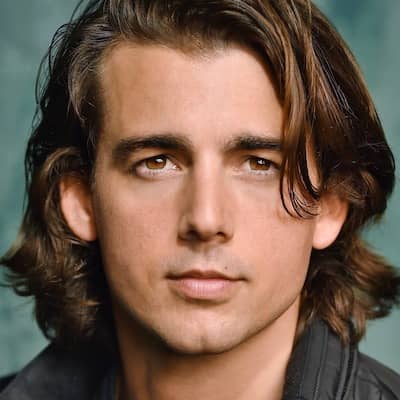 John DeLuca at present is possibly single. He has not shared the details of his current affair and girlfriend.

But previously, he was in a relationship with Maia Mitchell in 2013 and Lidia Rivera.

Who is John DeLuca?

John DeLuca is an American actor and singer. He is most popular for his work in Teen Beach Movie, Staten Island Summer, and more.

In recent, he was seen as Bobby in a film of 2021 titled Donny’s Bar Mitzvah.

He was born as Johnny DeLuca on 25 April 1986 in Longmeadow, Massachusetts, United States. The name of his father is John and his mother’s name is Deborah.

John’s ancestry is Italian-Polish and has two brothers who are younger than him.

Talking about his academics, he attended Longmeadow High School. Then he went to Fordham University in New York and studied Theatre.

John DeLuca is a popular face of the entertainment industry and has appeared in several projects. His first appearances were in TV shows 30 Rock and Ugly Betty in 2009.

He is also noted for his character of Cole Farrell in Twisted (2013) and Aaron Roland in General Hospital (2016). Moreover, his first featured movie is We Made This Movie (2012) as Jeff.

His popularity is with a movie named Teen Beach Movie. He was seen in its two parts in 2013 and 2015 as Butchy. For this, he also gave his voice and was nominated by Teen Choice Awards in 2015.

John’s other popular screen projects are,

At present, his net worth is estimated at around $500k US. Also, his salary from the screen career is not yet disclosed.

He has endorsed brands such as Hyperice, Degree, Axe, and Dove. He wears apparel by TopShop, Zara, Urban Outfitters, Converse, and John Varvatos.

This actor/singer is keeping himself away from rumors and scandals at present.

Regarding John DeLuca’s body features, his height is 5 ft 8 inches and his body weight is 68 kg. He has hazel eyes and his hair is dark brown color.

He used to be an athlete and has a fit-plus-toned body. he works out 4-5 times a week.

John is officially active on social networking sites. His Twitter and Facebook accounts are followed by more than 82k and 1.7k followers respectively.