Nominated for Outstanding Guest Performer in a Drama Series 'Days of Our Lives at Daytime Emmy. 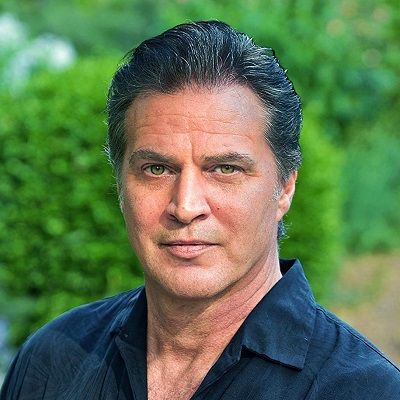 John was married to Jennie Lee in 2006. However, she passed away because of long-term illness back on February 18, 2012.

He seems to be a dog lover and posts the things his dog does on social media. After his wife’s death, he has been spending and looking after his dog.

Who is John Enos?

John Enos is an American actor and writer, known for Phone Booth (2002). Enos guest-starred on hit television programs like Murder, She Wrote, Sex and the City, NYPD Blue, and CSI: NY, among other TV series.

Born as John Enos III on June 12, 1962, in Boston, Massachusetts, USA, John Enos is 57 years old. His parents belong to Italian and Portuguese ancestry which makes him belong to mixed(Italian-Portuguese) ethnicity. His nationality is American.

John Enos worked as a bartender in New York’s Chelsea district. He started show business in his late 20s in 1991 when he landed a spot on In Living Color, a comedy sketch show created by Keenen Ivory Wayans.

Soon after that, he landed a role as a bodyguard in Death Becomes Her, a comedy directed by Robert Zemeckis released on July 31, 1992. He was next featured as a prisoner in Demolition Man (1993).

Enos was featured in the horror film Dead of Night and supported Mickey Rourke in Bullet in 1996. The same year, he co-starred as Marshall Del Wilkes in the television film Raven Hawk and portrayed Matt Conrad in Showtime’s Miami Hustle.

Similarly, he co-starred in the TV series pilot Special Unit Comedy Central, in the year 2006. He can be seen in an episode of CSI: NY (2006) and in In Case of Emergency (2007). He did a small role in The Hammer (2007). John was another cast in Missionary Man (2007), an action thriller directed, co-written by and starring Dolph Lundgren. The Warrant is releasing in 2020.

John Enos acted in the television films, Shark Swarm and Finish Line. Enos voice could be heard as a newscaster on two episodes of Days of Our Lives and he later played a minor role on the show portraying Elvis Presley.

Since 2008, he portrayed as a commentator on the cable television series The Smoking Gun Presents: World’s Dumbest…, which debuted on truTV on March 13, 2008

In 2018, John got Nominated for Outstanding Guest Performer in a Drama Series ‘Days of Our Lives at Daytime Emmy.

John has an estimated net worth of $600k. His source of income is from debuting and co-starring in different movies and series.

John Enos has a height of 6feet 1 inch. He has brown hair color with hazel eyes.

Madonna’s very personal controversial letters on auction! What do these letters read?

Maria Victoria Henao- lifestyle before and after her husband, drug mafia, Pablo Escobar. Updates on her children and CIA’s BTC Scam