John Goodman is a married man. He married Annabeth Hartzog in 1989. They first met at a Halloween party at Tipitina’s while he was busy filming the movie ‘Everybody’s All-American’ in New Orleans.

They then started dating and later married after a year of dating. John was an alcoholic even after the marriage and it caused a lot of problems for the couple. However, due to the constant support of his wife and family, he was able to give up the habit and has been sober since 2007.

They together have a daughter named Molly Evangeline Goodman who was born in 1990. Currently, she works as a production assistant in the film industry. 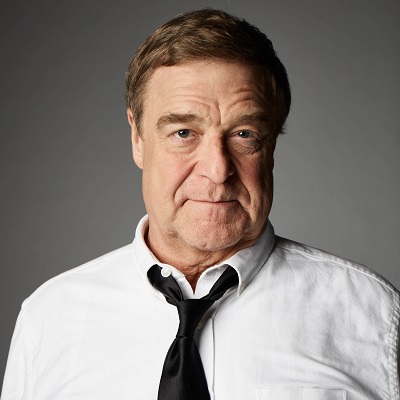 I'm just a lazy boy. I'd rather sit in my recliner and act

Yeah, the material's been good so far, although I'm sure there's got to be a drought coming someday

Like, every couple of months you read, they rewrite, you come back in, they've animated more stuff - they usually videotape you while you're reading it - so they'll incorporate some gestures and some facial expressions into it.

Who is John Goodman?

John Goodman is an American actor who is famous for his role as Dan Connor on the hit sitcom ‘Roseanne,’ for which he was nominated for 18 Emmys and won 5 of them.

He has played in more animated films than any other celebrity actor in film history. He has also won various awards for his movies, ‘Barton Fink’, ‘Argo’, ‘Alpha House’ and ’10 Cloverfield Lane’.

John Goodman was born on June 20, 1952, in Affton, Missouri to parents, Leslie Francis Goodman and Virginia Roos. His current age is 67.

He has an older brother named Leslie Goodman and a younger sister named Elisabeth Goodman. His father died of a heart attack in 1954 when John was two years old. His mother worked very hard as a waitress at Jack and Phil’s Bar-B-Que, a retail store worker, and also in laundry to support the family.

He grew up as a Southern Baptist.

Because of his overweight, he was bullied in school and his childhood was very hard and full of struggles.

His ethnicity is Mixed(English, Welsh, German).

Regarding his education, he attended Affton High School. He was selected in the football team for offensive guard and defensive tackle. After his high school graduation, he took a one year gap and later gained a football scholarship to Missouri State University. In 1975, he graduated with a Bachelor of Fine Arts.

John could not continue his football career as he suffered an injury. So he decided to become a professional actor and moved to New York City in 1975. He first worked as a bartender and waiter. Later, he started doing voice-overs, commercials and plays. He also performed off-Broadway and in dinner theaters.

He made his film debut in 1982 landing a small role in the movie ‘Eddie Macon’s Run’. During the year 1985 to 1987, he continued working on the stage, starring as Pap Finn in ‘Big River’. He also received a Drama Desk nomination for Best Featured Actor in a Musical. In 1986, he played a significant comedic role in the movie ‘True Stories’.

Regarding TV series, he played as guest roles on the series ‘The West Wing’ and ‘Studio 60 on the Sunset Strip’. Furthermore, he also has done voice roles in many films like ‘We’re Back! A Dinosaur’s  Story(1993)’ as Rex the Dinosaur, ‘The Hudsucker Proxy(1994)’ as Newsreel Announcer, ‘The Jungle Book 2(2003)’ as Baloo, ‘Bunyan and Bade(2017)’ as Paul Bunyan and many more.

On March 10, 2017, Goodman received a star on the Hollywood Walk of Fame for his work in motion pictures.

John Goodman has an estimated net worth of around $65 million. He made most of his fortune through acting.

John was an alcoholic. He was addicted to alcohol as he thought it would give him the will to cope up with the pressure of being everyone’s favorite sitcom dad. However, after a long period of 30 years of being an alcoholic, he finally was able to quit it because of the constant support of his wife Annabeth Hartzog. He has now been sober since 2007.

He is a tall actor with a height of 6 feet 2 inches and weighs 135 kg. He has light brown hair with black eyes.

John is not active in any social media sites.

You like to know more about the Bio, Age, Career, Net Worth, Relationship of  Callan Potter, Matt Cornett, Joshua Bassett, and Spencer Garrett.