Grishman is popular as an American novelist, attorney, politician, and activist. John is a married man

John is a married man. He wed Renee Jones on May 8, 1981, and they have two children, Shea Grisham, and Ty Grisham. In their spare time, the family moves between their homes in Oxford, Mississippi and their other home in Charlottesville, Virginia. 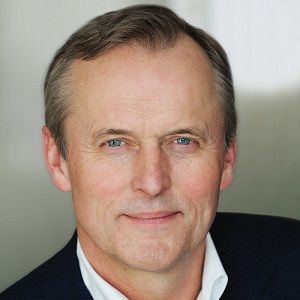 I can't change overnight into a serious literary author. You can't compare apples to oranges. William Faulkner was a great literary genius. I am not.

I don't want to force my politics on my readers.

I'm not itching to sue Amazon or Wal-Mart... they sell a lot of books. But the future is very uncertain with books.

Who is John Grisham?

Grishman is popular as an American novelist, attorney, politician, and activist. His books are very popular and they get translates into 42 languages. His books are published worldwide. He is also a Galaxy British Book Awards winner.

Moreover, his eight other novels are also adapted into the films: The Chamber, The Client, A Painted House, The Pelican Brief, The Rainmaker, The Runaway Jury, Skipping Christmas, and A Time to Kill.

John was born on February 8, 1955, in Jonesboro, Arkansas. His father’s name is John Ray Grisham he worked as a construction worker and a cotton farmer. Likewise, his mother’s name is Wanda Skidmore Grisham who was a homemaker.

He initially wanted to become a baseball player but his dreams soon changed when he began focusing on his education while attending Northwest Mississippi Community college.

As a teenager, he worked a number of odd jobs including watering bushes, working with the asphalt crew and working as a salesclerk in a departmental store.

He practiced law for a decade. After it, he gets a chance to work in the Mississippi House of Representatives as a Democrat, in 1983. John was a member of the Mississippi state legislature from 1983 to 1990.

The author served as the vice-chairman of the Apportionment and Elections Committee and was a member of several other committees. In 1984, an incident involving the rape of a 12-year-old girl inspired him to write his first novel, ‘Time to Kill’, which took three years to complete.

He completed the novel, but publishers weren’t found. Finally, he published it from ‘Wynwood Press’ in June 1989. No sooner, did he writes his second novel, The Firm’, and published it two years later. From 1992 to 1998, he published a series of best-selling novels such as ‘The Pelican Brief’, ‘The Client’, ‘The Chamber, ‘The Rainmaker’, ‘The Runaway Jury’, ‘The Partner’ and ‘The Street Lawyer’ in the order.

Starting with the new millennium, in 2001, he diverged from the legal genre and authored ‘A Painted House’ and ‘Skipping Christmas’ the same year. In the next two years, he authored, ‘The Summons’, ‘The King of Torts’ and ‘Bleachers’.

The period from 2004 to 2008 was an extremely fruitful one when he published a number of best-sellers including, ‘The Last Juror’, ‘The Broker’, ‘Playing for Pizza’ and ‘The Appeal’. He experimented with a new genre for ‘Playing for Pizza’, as it was based on American football.

In 2010, he deviated from writing legal thrillers yet again, but this time, his books targeted a whole new segment; children. The ‘Theodore Boone series, which is a four-part series, is about a 13-year-old boy who gives legal advice to his peers. From 2011 to 2013, along with the ‘Theodore Boone series, he has also authored, ‘The Litigators’, ‘Calico Joe’, ‘The Racketeer’ and the most recent, ‘Sycamore Row’, which is yet to be released.

His first best-seller, ‘The Firm’, was released in 1991 and sold over seven million copies worldwide. It became the first best-seller of the year 1991 and is known as his most widely-recognized novel. The book gets adapted for a feature film of the same title, starring Tom Cruise and Gene Hackman. It was also gets adapted for television in 2011. Many of his novels are translated into 29 languages.

In the year 1993, his third novel, ‘The Pelican Brief’ become an international best-seller. A film adaptation of the same releases the same year starring Denzel Washington and Julia Roberts. His fourth novel, ‘The Client’ publishes in 1993. The novel became so successful that it was adapted for the film the very next year, starring Susan Sarandon. The film also became a huge hit, which went on to spawn a television series that ran from 1995 to 1995.

In 2005, he presents the ‘Peggy V. Helmerich Distinguished Author Award’. He is also the recipient of the ‘Lifetime Achievement Award’ at the Galaxy British Book Awards.

Grisham’s current net worth is $400 million as of 2022. Likely, his annual salary is $32 million. In addition to his net worth, he fancy house costing $65 Million a lavish car worth $3 million.

He has maintained a good relationship with all other people in his personal and professional life. And so he hasn’t been into any kind of rumors and controversies.

He stands tall with a height of 6 feet and 1 inch. Likely, his weight is unknown. The author has light brown colored eyes and blue-colored hair.

Also get to know about birth facts, family, career, net worth, awards, social media, and the relationship of other famous personalities like Rhashan Stone, Michael McIntyre, and Matt Lucas.