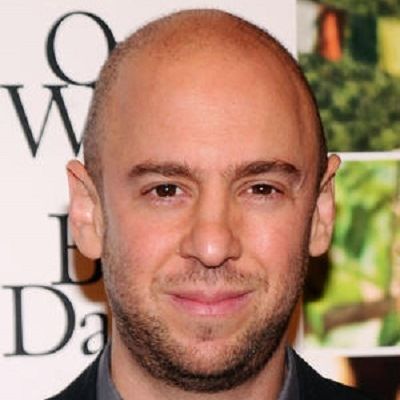 Regarding Along Came Polly (2004): "It's an amazing cast. I managed to fool a lot of people. You know, I'm very good at lying and cheating my way through meetings and I got a studio to give me a lot of money to make this movie. So it's pretty good.

I was a history major, but that was because it took the fewest requirements of any major. In my sophomore year, I started getting back into making movies. In my senior year, I took playwriting classes, and I feel like that's where I learned to be a writer. I started to write monologues, and that was great because that got me really deeply into characters.

A movie like The Apartment is beautifully directed, but you can't put your finger on why it's such a good movie. It just is, because of all these things that Billy Wilder is subtly doing. That level of filmmaking is something I aspire to."

What is the relationship of John Hamburg?

John Hamburg is married to actress Christina Kirk on September 24, 2005, in New York, NY. His wife Christina is an actress.

They are in a healthy relationship.

If there is any detailed info about his relationship status then it ‘ll be updated.

Who is John Hamburg?

John Hamburg is an American screenwriter. John is also a film director and producer.

He wrote and directed the hit comedy I Love You, Man.

His second sequel to Meet the Parents is entitled Little Fockers.

According to the  birth chart, his zodiac sign is Gemini

His father is Morton I. Hamburg and his mother is Joan Hamburg, a radio personality.

John graduated from Brown University, Providence, Rhode Island,  in 1992 with a degree in history.

He then attended the Tisch School of the Arts at New York University.

Hamburg found great success co-writing Meet the Parents and Zoolander, and returned to the director’s chair with Along with Came Polly, which he also wrote.

He also co-wrote the sequel Meet the Fockers. Moreover, Hamburg wrote and directed the hit comedy I Love You, Man.

His second sequel to Meet the Parents is entitled Little Fockers. Hamburg co-wrote the sequel Zoolander 2, in 2016. He directed and co-wrote the comedy Why Him? for 20th Century Fox.

John has an estimated net worth of around $16 m US.