John Henton is an American actor and comedian. He is possibly single.

John Henton’s relationship status at present is possibly single. He has not shared the details of his girlfriend or affair with the public.

But in the past, he romanced two women. He was in a short affair with Kim Fields in 1993. After, this breakup, he started to date Michele Delaney.

But this relation was also disconnected after a while. Before going a separate way, John and his then-girlfriend welcomed their child a daughter Nicole in March 2004. 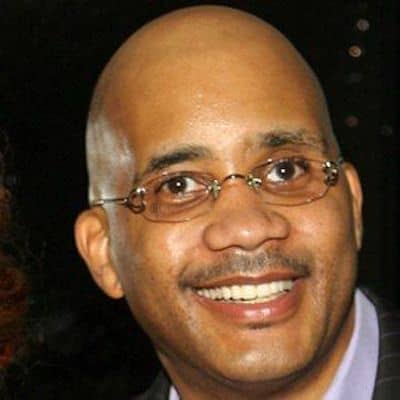 Who is John Henton?

John Henton is an American actor and comedian. John Henton was seen in projects like Sistas (2019), NCIS: Naval Criminal Investigative Service (2003), and The Blacklist (2013).

In 2014, he was seen in an episode of the TV Series Love That Girl! as Macaroni Tony. As a writer, he wrote 2004’s episode of BET’s Comicview (TV Series).

His birthdate is 23 Noc 1960 and he was born in East Cleveland, Ohio, the United States. The name of his mother and his father’s identity is not known.

Further, John’s ancestry is All-American. As per his academics, he studied and graduated from Shaw High School.

John Henton started his acting journey in 1993 with Living Single (TV Series) as Overton ‘Obie’ Wakefield Jones. He played the role for 118 episodes and was very much appreciated.

His other notable roles can be seen in The Hughleys as Milsap Morris and Hannah Montana as Andy. His other short appearances are in,

By the 2022’s data, he has a net worth of around $7 million. However, his salary and other income are not yet stated.

This stand-up comedian is keeping himself away from scandals as well as rumors. But in 2000 he had experienced a terrible car accident.

The incident happened in Sep and it destroyed John’s left eye socket. Also, his legs were badly broken, he lost nine teeth, and his stomach was also damaged. Further, his face structure was disturbed which was later restored via extensive plastic surgery.

John Henton’s height and body weight are of average shape. Adding further, he has black hair and has eyes in dark brown color.

John is officially present on social sites such as Twitter with over 4k followers. He is keeping himself busy on Instagram with over 1.7k fans and on Facebook with over 281 followers.