John Landgraf is a well-recognized American Television executive. He is married.

Talking about his love life, John Landgraf is happily living in a married relationship with Ally Walker. Ally is a well-named American actress known for her drama, Colony and Profiler. The couple tied the knot on 14 June 1997.

The couple welcomed their 1st son, John Walker Landgraf on 7 August 1997. Likewise, his wife gave birth to their second son, William Landgraf in 2002. They extended their family with the birth of 3rd son, Caleb Landgraf in 2005.

Presently, they live in Santa Monica with their children and owns three dogs as well. 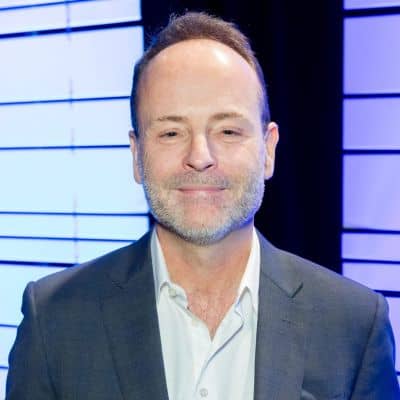 We want to make the best television possible. We should be drawing on the entire available pool of storytellers and directors, and we should be expanding that pool and trying to hire the very, very, very best people. That's our job.

All the world's combined knowledge is at our fingertips. But the same technology that makes this possible is robbing us of deeper insight.

Who is John Landgraf?

Moreover, he was the President of the FX network and is the current President as well as a founding member of Jersey Television.

John Landgraf was born on 20 May 1962. At present, his age is 59 years old. Likewise, his birthplace is California, the USA.

John is the son of his father, John R. Landgraf whereas his mother is Barbara Landgraf. Moreover, he has not revealed his sibling’s information in the public. His dad is a Ph.D. holder. His mother completed an M.A. in social work and his dad accomplished his Ph.D. in family counseling when John was just five years old. Sadly, his parents divorced when he was just seven years old.

Talking about his nationality, Landgraf holds an American identity whereas his ethnicity is Caucasian.

Regarding education, the executive attended his high school in Oakland, California, and earned his graduation from Skyline High in 1980. Later, Landgraf earned a B.A. in Anthropology from Pitzer College.

Initially, John interned in sales and eventually worked on the production side of the video production company, J-Nex Media. He became the Director of Development at Sarabande Production in 1988. Ultimately, he became Senior Vice President.

Additionally, John worked as the Vice President of Primetime at NBC where he managed the development of The West Wing, and other TV shows like Friends and JAG. He is the founding member of the production company, Jersey Television along with Danny DeVito, Michael Shamberg, and Stacey Sher.

Landgraf’s career came into the limelight after becoming the President of Entertainment of FX Network in 2004. He was responsible for original TV shows such as The Shield and Rescue Me. Likewise, he promoted as the General Manager of FX Network and he oversees the management of FX, FX HD, the Fox Movie Channel, and FX Prods.

An American executive producer, Landgraf has earned a handsome amount of money from his profession. He has been actively working in his profession from the year 1988 till the present.

It is reported that John Landgraf has an estimated net worth of $30 million as of 2022. Similarly, his annual salary at FX is expected to be nearly $9 million.

His wife, Ally has an accumulated net worth of $8 million.

John has never been part of any controversial matter or rumors till now. The producer has been busy with his private and professional life.

It seems that Landgraf prefers enjoying his personal life and does not want to merge it with his professional life.

59 years old, Landgraf has handsome looks and an admirable personality. He has not mentioned his exact height but seems to be more than 5 feet.

Regarding his social media presence, John Landgraf is not an active personality on social media. John has not official Instagram, Facebook, and Twitter accounts till the moment.