Updated On December 18, 2022 | Published By: lilly
Share this
Divorce 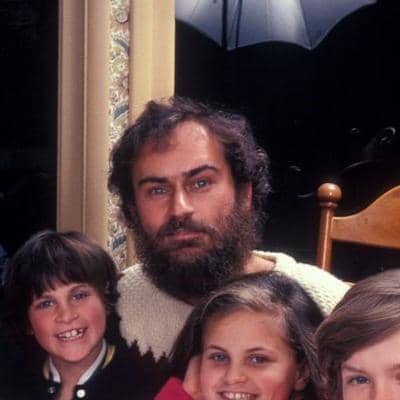 What is the relationship of John Lee Bottom?

John was married to Arlyn Phoenix in 1968. The couple met each other in California in 1968 and the same year the couple got married. John and Arlyn traveled together along the West Coast. They had 5 children, River Phoenix, Rain Phoenix, Joaquin Phoenix, Liberty Phoenix, and Summer Phoenix.

River, Joaquin, and Summer are popular American actors. They all have starred in big Hollywood movies. River is their first child. He passed away in 1993 due to a drugs overdose. All other children of John are still alive.

John and Arlyn got divorced in 1997. Since then, John didn’t marry anyone.

Before marrying Arlyn had affair with another girl. Her name is not disclosed. Along with her, John had a child name Jodean Bottom.

Who is John Lee Bottom?

John Lee Bottom, also known as John Phoenix, is the father of popular actor, Joaquin Phoenix and late singer and actor, River Phoenix. He was an American missionary and was a member of a religious group “The Children of God”.

John was born on 5th April 1947. He was born in Stanislaus County, California, USA to Robert Merrill Bottom and Beulah Ernestine Ingram. John Lee Bottom passed away in 2015 at the age of 68 due to cancer.

John Lee Bottom was married to Arlyn Phoenix. Arlyn was born on 31st December 1944. She was born in New York to Margaret and Meyer Dunetz. Arlyn left New York and moved to California in 1968, where she met John. Both started dating and got married in 1968.

Their first son River was born on 23rd August 1970. The river was a talented singer and an actor. He starred in movies like “My Own Private Idaho”, “Stand by Me” and “Indiana Jones And The Last Crusade”. Sadly, River passed away on October 31, 1993, at the age of 23 due to a drug overdose.

Rain Phoenix was their first daughter. She was born in 1972. Their third child was Joaquin Phoenix. He was born on 28th October 1974 in San Juan, Puerto Rico. Joaquin followed in the footstep of his brother River and became an actor. He has been very successful in the Hollywood industry. He won an Oscar for his role in Joker in 2020.

John Lee Bottom is an American missionary, and member of the religious group, “The Children of God”. He and his wife were members of the group and they used to work as fruit gatherers.

Information about his profession or career is not available on the Internet.

The River family was part of the controversial religious group, “The Children of Group”. John and his wife, Arlyxn joined the cult in 1973. The cult was known for its “Flirty Fishing” policies.

River family blocked the connection with the religious group and move back to Florida, USA.

John Lee Bottom has never been a rich man. Bottom worked as a carpenter for many years.

After marrying Arlyn, the couple moved to Puerto Rico where they joined the religious group “The Children of God”. During their time with the cult, the cult didn’t pay the family for their work so the family had to live in poverty. Eventually, the family decided to leave the cult, the family returned to America. John and Arlyn found a good-paying job and live at Arlyn’s parent’s house.

Information about John’s Height, Weight, and Body Measurement is not known.