Updated On January 16, 2023 | Published By: Daniel Miranda
Share this
Married 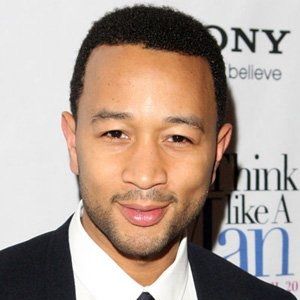 I think the thing about love is that even though the things around us change, we as human beings, a lot of the ways we interact, and the ways we love each other is timeless. It requires trust, honesty, commitment, romance, and physical chemistry.

I don't have a real recipe with measurements for my chicken stew. I just kind of make it up as I go. I made it for the firThere's nothing that can shock me anymore, but at this point, Trump's made it very clear how his temperament is, how his personality is, what his level of intellectual depth is when it comes to policy, and he's made it abundantly clear that he's utterly unqualified to be president - no matter what your political views are. John Legend

John Legend and Chrissy Teigen are the parents of four!!

Their marriage ceremony was held in Como, Italy. His song “All of Me” was dedicated to her.

The couple had their first daughter, Luna Simone Stephenson on April 14, 2016.

John and Chrissy have a son in May 2018- Miles Theodore Stephens. Both children were conceived through in vitro fertilization(IVF).

In August 2020, they announced that they were expecting their third child, a boy.

Due to some complications, their son was stillborn due on September 2020, whom they named Jack.

Likewise, they announced via Instagram that they were expecting their fourth child on August 2022.

They announced the birth of their fourth child on January 13, 2023.

Before his marriage, John has been in a relationship with the famous American model Jessica White in 2005.

He dated the famous American singer Wafah Dufour in 2006.

He also dated a Brazilian engineer, Danielle Abreu in 2006.

Who is John Legend?

John has collaborated with many different artists, such as Jay-Z and Kanye West.

His parents are Phyllis Elaine and Ronald Lamar Stephens, a factory worker and former National Guardsman of Afro-American heritage.

He was raised in Springfield, Ohio, USA. along with his three siblings.

Legend attended North High School. After high school graduation, he attended the University of Pennsylvania, where he studied English with an emphasis on African-American literature.

While in college, Legend served as president and musical director of a co-ed jazz and pop a cappella group called Counterparts.

He graduated in 1999 and began his professional singing career in 2000.

John Legend began his music career when he was in university. While in college, he was introduced to Lauryn Hill by a friend.

Hill hired him to play piano on “Everything Is Everything”, a song from her album, The Miseducation of Lauryn Hill.

Legend released his debut album, Get Lifted on GOOD Music in December 2004.

In October 2006, John Legend’s second album Once Again was released.

At the 2007 Grammy Awards ceremony, the song “Heaven” was awarded the “Grammy Award for Best Male R&B Vocal Performance”.

John has won ten Grammy Awards and a Golden Globe Award in his music career.

He released his new album, Darkness and Light with the first single “Love Me Now” on December 2, 2016.

His eighth studio album titled, Legend, was released on September 9, 2022.

How much is John Legend’s Net Worth, Salary?

He has a net worth of $75 million US. His income is estimated to be $14 Million per annum.

John also earns through endorsements, appearances, and many more.

He lives with his wife and children in a mansion located on a small hill in Beverly Hills worth a whopping $17.5 million.

The apartment is 10,000 square feet, with six bedrooms and nine bathrooms.

Besides, it has a home theater, an infinity pool, and a wine cellar.

He said, “There’s a problem with racism in America I’m not blaming country music for that”.

He added, “I know a lot of country music writers and artists and I don’t think it’s their issue, I think it’s America’s issue.”

-There is also a rumor that he and Netflix are making a music competition show.