John Lutz is an actor, comedian, and screenwriter from the United States. John Lutz is married to his co-star Sue Galloway.

John Lutz is married to his co-star Sue Galloway. Sue is also a contributor to Saturday Night Live.

Further, there is not much known about their married life. 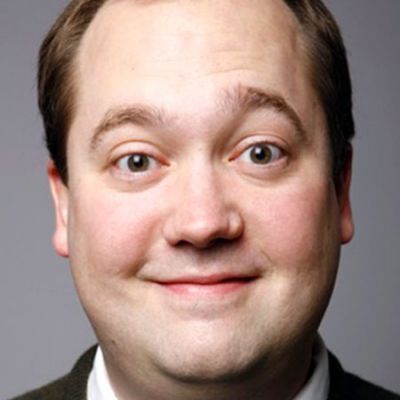 Writing is hard work: it is like doing homework for the rest of your life. You are always chipping away at it.

When I looked around, with my wife, Sarasota seemed like the best place in Florida. We settled about one mile from Siesta Key.

Every town has its dark side, but I spend time in New York for my dark inspiration.

Who is John Lutz?

John Lutz is an actor, comedian, and screenwriter from the United States. He is popular for playing the role of J. D.Lutz on the NBC series on the seventh season of Saturday Night Live.

He is the writer of the NBC late-night talk show, Late Night with Seth Meyers.

John was born on April 23, 1973, in Pipestone, Minnesota. His full name is John Michael Lutz. Lutz was raised in suburban Chicago, Illinois, and Detroit, Michigan.

He hasn’t yet disclosed his parent’s identity in the media. However, his father is a Lutheran pastor. Further, he has three siblings two brothers named Jeremy, Joel, and a sister named Jaime. Jeremy is a math teacher in North Carolina.

Talking about his academics, he went to Valparaiso University in Valparaiso, Indiana, majoring in psychology and minoring in business. He was also a member of the Sigma Phi Epsilon fraternity.

Further, John holds an American nationality whereas his ethnicity is unknown.

John began his career as a writer-performer with Chicago’s ImprovOlympic and The Second City theaters. After spending three years touring with Second City, he was hired at NBC’s Saturday Night Live in February 2004. Between the years, he made a cameo appearance on SNL. Lutz played the role of J. D. Lutz on the NBC sitcom 30 Rock until January 2013.

He also appeared in the long-running hit improv show Asssscat 3000 at the Upright Citizens Brigade Theater in New York City. In November 2010, Lutz performed at the Upright Citizens Brigade Theatre in New York along with Scott Adsit. Furthermore, he appeared in numerous film and television series such as Human Giant (2008), Mystery Team (2009), Splinterheads (2009), Friends with Kids (2011), Sisters (2015), Drunk History (2018), Most Likely to Murder (2018), Mapleworth Murders (2020).

He is also a writer of the comedy-mystery series, Mapleworth Murders starring Paula Pell, John Lutz, Hayley Magnus, J. B. Smoove, and more.

To date, John has won three WGA awards for his work in the comedy/variety series, Saturday Night Live. Similarly, he has been nominated for 8 Primetime Emmy Awards and four Screen Actors Guild Awards.

John might have accumulated a decent amount of wealth throughout his multiple profession as an actor, comedian, and screenwriter.

As of now, John stays quiet away from the spotlight of the media. Also, he hasn’t been part of any sorts of rumors and controversy that create a headline in the media.

Talking about John’s physical appearance, he has a fair complexion. Likewise, he has a brown pair of eyes and brown hair color.

His height, weight, and other body measurement are still under review.