John Oates married Nancy Hunter but their relationship could not last long and divorced on 27 December 1983. 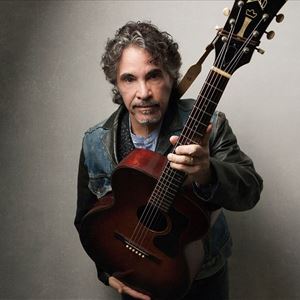 [In 1982]: We both had records out at the time - singles in Philadelphia, and they were local labels, small labels, and we were plugging in a record, we're at Record Hop about to go on and lip-sync. There was a number of groups there, and it was basically an excuse for the local gangs in the area that we're dressed up like fraternities to get together and fight broke out some shots, and some things like that, and we made it out the back, we went down the elevator and we're both going to the same school, and became friends. I joined his band, and the rest was history.:[on 1,000 Miles of Life]: It was a wake-up call for me. After 30-plus years devoting myself to my art and craft, I needed to make a musical statement that someday I could look back on and realize, at that moment of time, I did exactly what I wanted to do. I've never written songs like this. I was on this inspirational roll. There was an urgency to it. I realized that I had no more time in my life for rehearsals... and I took that energy into the studio.:[When he was a guest on one of Daryl Hall's shows, that was recorded live at Daryl's House]: It was a favorite of Daryl and mine. We saw The Mad Lads perform the song at the Uptown Theater in Philadelphia. I remember it because they wore yellow suits with white gloves. When Daryl and I met and began to learn a little bit about each other, we discovered we both loved it. We've never played it live before. This will be a first.

Who is John Oates?

John Oates is a soul guitarist, singer, songwriter, record producer, American rock, and R&B. He is popular for half of the rock and soul duo, Hall and Oates (with Daryl Hall) and one half of the best-selling duo of all time Hall and Oates.

A Famous singer was born on April 7, 1948, in New York City, New York, USA as John William Oates. His ethnicity is Italian and nationality is American

His mother was an Italian immigrant originally from Salerno and his father was born to an English father and Gibraltarian mother, who claimed ancient Moorish heritage. Moreover, In the early, 1950 his family moved to a small town outside of Philadelphia, PA.

After then, he graduated from Temple University in Philadelphia, PA, where he met Daryl Hall.

He began his career from his first single “I Need Your Love,” with The Masters for Philadelphia-based Crimson Records. Hall & Oates formed the duo in 1972. They have record 21 albums (to date), which have sold over 80 million units worldwide, making them the most successful duo in pop–rock history.

Until 2002’s Phunk Shui, Oates did not release a solo album. Along with Jamie Cullum, Oates took part, in the song “Greatest Mistake” by Handsome Boy Modeling School. That song appears on the 2004 album White People. On August 23, 2008, Oates second solo album, 1000 Miles of Life, was released.

Besides, Oates played with the indie rock band The Bird and the Bee as a surprise guest in March 2010. Margo Rey charted at #24 on Billboard’s Adult Contemporary Tracks with the song “Let the Rain”, which was co-written by John Oates on October 1, 2011. Oates released a new single, “Stand Strong”, which he co-wrote with Teddy Morgan on March 11, 2013.

Oates released Another Good Road in 2015. On March 28, 2017, his memoir, Change of Seasons (9781250082657), was published by St. Martin’s Press. As well as John Oates has employed the effects throughout his musical career and the use of many instruments and endorses several manufacturers and brands.

John was inducted into the International Mustache Hall of Fame (inaugural class) in the category Music & Arts (2015). Besides that, the Duo was awarded a Star on the Hollywood Walk of Fame for Recording at 6752 Hollywood Boulevard in Hollywood, California.

He has not been a part of controversy and rumor (as of 2018). It seems like, he is hiding his Personal Life from the media and the public.

John Oates: Salary and the Net worth

He earns a decent amount of money but has not been disclosed to the media or public.

His estimated net worth is about $40 Million as of 2022 which he earns from his profession.

He has an average body type with back hair and with dark brown eyes.

Besides, he is 5 feet 5 inches tall with unknown body mass.

Do not miss to find out more about the birth facts, salary, net worth, relationship, controversy, and the bio of Jane Horrocks, Denise van Outen, Joan Jett.