John Paul Ruttan is an actor who was seen in “Degrassi: The Next Generation”, “Doodlebops”, and “RoboCop”.

Cute and handsome John is an unmarried boy.

He has managed to keep his personal information so secret that nothing relating his past and present affair status is published. May also because he is still very young, he has not been in any romantic relationships. 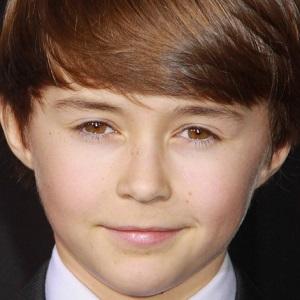 Who is John Paul Ruttan?

He is extremely prominent for his role in “Degrassi: The Next Generation” as ‘Pirate Bo’’, “Doodlebops” as ‘Joshua’ and “RoboCop” as ‘David Murphy.’ He has made recognizable position in Canadian acting field at the young age.

There is no more information published about his parents. He also revealed that he was mainly influenced different movies and series to enter in the acting field. Thus, he started acting from the age of 6.

Nothing is published about John’s educational status.

John made his professional acting debut in the year 2008 and appeared in one episode of T.V series titled “Rick Mercer Report” as “Young Jack Layton’.

In the same year, he made his appearance in other two films including “The Two Mr. Kissels” and “Will you Marry Me?” In 2010, he has made his appearance in a successful T.V  series titled “Doodlebops” as ‘Joshua’ and appeared in a total of 25 episodes for which he received huge positive responses and reviews from fans and viewers.

In the same year (2010), he appeared in another successful series “Degrassi: The Next Generation” in a total of five episodes. His latest appearances include “Shelby: A Magical Holiday Tail” (2015), and “Murdoch Mysteries” (2015).

John won an award for the Best Performing actor for his supporting role as Robocops in the year 2014.

Later in 2015, he won the award for Shelby: The Dog Who Saved Christmas as the Best Lead Performance.

It is said that he gets paid a good amount of salary from different films and T.V series; however, his net worth is not published yet and is in under review.

John Paul Ruttan has the height of 5 feet 3.5 inches. He has golden brown hair and brown eyes.