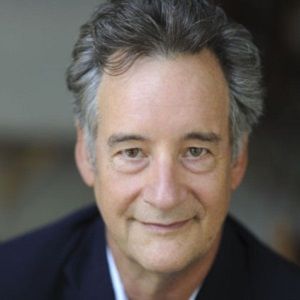 What is the relationship of John Rothman?

In discussing his relationship status, he possibly might be single focusing on his career. No records could be found of his previous relationship.

However, he is enjoying his single life so happily.

Who is John Rothman?

John Rothman is a television, film, and stage actor and writer belonging to America. He is recognized for his performance in The Day the Earth Stood Still (2008), Ghostbusters (1984), and Gettysburg (1993).

A writer was born to his parents Donald N. Rothman and Elizabeth D. (née Davidson) as John Mahr Rothman on 3rd June 1949 in Baltimore, Maryland.

Besides, his father was a lawyer. He also has a brother named Thomas Rothman who is film executive.

Further, the details of his childhood have currently been missing since he has not revealed to the media and the public.

On talking about his educational background, he attended  Wesleyan University and the Yale School of Drama and graduated from there.

In discussing his career, he started working in the summer of 1973 as the leader of a teen tour of Europe. Moreover, he had appeared on the stage as the 2007 revival of Craig Lucas’s Prelude to a Kiss and Richard Nelson’s Some Americans Abroad.

Further, he appeared in several Off-Broadway productions including The Impossible H. L. Mencken, his own one-person play. Another, he appeared in Gettysburg (1993) as Union General John F. Reynolds. Furthermore, he has played on such TV shows as Blue Bloods, Guiding Light, Arrested Development, and Law & Order.

John Rothman: Salary and the Net worth

An actor earns a high profile net worth and a huge amount of salary. However, he has not mentioned it to the media and has been keeping the records personnel.

Yet he has not been a part of any controversies or rumors throughout his successful career. He has been keeping his details far from the media.

Thus, there is currently no such information available regarding his rumors and controversy.

He has an average body type but his body statistic and height are currently unknown as he has not disclosed to the media. Besides, he possesses Brown – Light eye color and Salt and Pepper hairs.