Popular for being the guitarist and frontman of the rock band the Goo Goo Dolls. He is married and a father of one.

John and Melina first started dating in 2005. And the couple married on July 26, 2013, in Malibu, California. They welcome their first child daughter Liliana Carella Rzeznik on Dec 22, 2016.

The family together resides in Buffalo, New York, USA. 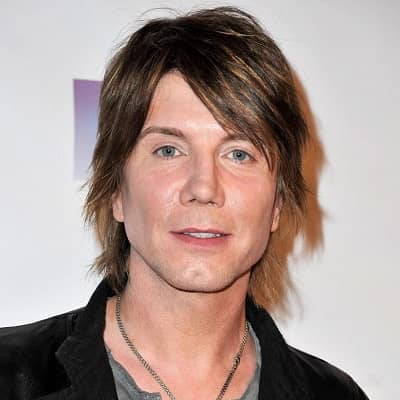 When you find success, suddenly you have to defend your credibility against these idiots who don't know a thing about you".

"It's better to have a pocket full of regrets than to never have lived."

"There is nothing tastier than a heaping plate of fried clams. With tartar sauce and lemon."

"It's such a thrill to perform live. You never know if you're going to get hit with a bottle or a bra."

"Los Angeles is good and bad because it's full of people that are either running away from something or looking for something."... "It's the most unintentionally funny city in the world.

Who is John Rzeznik?

John Rzeznik is s an American musician, singer, producer, and songwriter. He is popular for being the guitarist and frontman of the rock band the Goo Goo Dolls.

John was born on December 5, 1965, in Buffalo, New York, the U.S. His full name is John Joseph Theodore Rzeznik. He has mixed (English, Polish, and German) descent.

His father Joseph Rzeznik is a bar proprietor and a postal clerk. Likely, his mother’s name is Edith Rzeznik.  Both of Rzeznik’s parents were musicians before.

Sadly, Rzeznik’s father died on February 2, 1981. He passes away from a diabetic coma. Likely, his mother also died on October 26, 1982, suffering from a sudden heart attack. After that, he was brought up by his sisters.

He is the one son and youngest of five children. His siblings are Phyllis, Fran, Gladys, and Kate.

John completed his schooling at McKinley Vocational High School. And then he attended Buffalo State College. He didn’t further carry out his study as he dropped out after his first year.

John started his professional music career in 1985. He formed the band, “The GooGoo Dolls” with Robby Takac. He became the frontman of the band and also sang most of the album’s songs.

It was then signed by Celluloid in 1985. The band then released their first eponymous album, First Release on a $750 budget. The album gained huge popularity and released various other new albums. The band went on various tours and recorded their eleven albums.

He leaves the band and started releasing his singles. John wrote, “Always Know Where You Are”, “I’m still here” and other songs. The singer also became the judge in The Fox Network’s The Next Great American Band in 2007. He there worked alongside Sheila E.and Dickson.

In 2014, on March 24 Cash Cash, an American band released their new single, “Lightning”  which featured Hon’s vocals. And the song was written in the collaboration of John and Cash Cash.

The musician also participated in the Toyota Celebrity/Pro Race and finished it in the 12th position. Moreover, he participated in a virtual fundraiser to help combat hunger and raise money for the Community Foodbank of New Jersey on Nov 29, 2020.

John has gained real success as a singer and accumulated a net worth of around $12 million as of 2022. Likely his salary or income from his band is said to be around $276,480.

The musician also earns from his album sales. They received good sales on the market. Talking more, he owns and resides in a house in Buffalo, New York, USA.

Rzeznik has been focused on his professional life and doesn’t involve in any other activities in the media. He hasn’t appeared in any kind of rumors and controversial news.

With a fair complexion, he has beautiful blue eyes with blonde hair.

He doesn’t have his youtube channel but is active on Youtube for their band channel. Their channel, Goo Goo Dolls has accumulated around 675K subscribers.

You may also read the bio of Hugh McDonald, Jim White, Isom Innis, and Mark Pontius.