John Shanks is an American songwriter, record producer, and guitarist. He is married. He is known for soundtracks Condorito: The Movie and Who's Doing the Dishes? 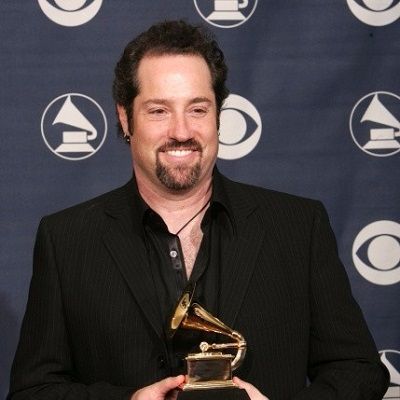 John Shanks is a married man. He married Colleen Coffey on 10th September 1994.

His wife’s grandfather Alfonso Albrizio was the one who would walk her down the aisle but twelve days before their wedding, he died in his Greenwich Village jewelry store.

Their wedding was attended by friends and family. They exchanged vows by candlelight on the shore of the Lake in front of 90 guests. His best man was Bob Thiele Jr.

Shanks took her to the Bow Bridge at the Lake in Central Park. He got on the knee and proposed to her. Colleen is an actress who was in the movie The Lawnmower Man.

Who is John Shanks?

John Shanks is an American songwriter, record producer, and guitarist known for soundtracks Condorito: The Movie and Who’s Doing the Dishes?

John Matthew Shanks was born on 18th December 1964 in New York City, US. He is the son of Bob Shanks (father) and Ann Zane Shanks (mother).

He belongs to a Caucasian ethnic background.

John moved to Los Angeles when he was 17 years old. He attended the Musicians Institute in Los Angeles, California.

In the year 1988, John Shanks began playing in Melissa Etheridge‘s band. He enjoyed his writing success in the early 1990s with tracks for Bonnie Raitt, Joe Cocker, and Tuck & Patti.

In 1995, he reunited with Etheridge when he collaborated with her on songs for Your Little Secret.

Similarly, he worked with Etheridge for several years and co-produced Breakdown. Likewise, in 2001, he produced many tracks for Stevie Nicks like Trouble in Shangri-La. Also, he co-wrote the first single Every Day with Damon Johnson.

As a composer, John has worked in Somebody Like You, One Heart, Welcome to My Truth, You’re My Better Half, Have a Nice Day, Welcome to Wherever You Are, Once in a Lifetime, Lost Highway, Born Again Tomorrow, and many others.

This singer won Grammy Award for Producer of the Year in Non-Classical.

The estimated net worth of John is $1 million US. The average salary of a musician is $43,000 US.

As a music producer, he has an average salary of $26k-$124k US. John has a house in Beverly Hills, California, US.

John Shanks has dark hair and brown eyes. His height and body mass are of average size.

He has around 35.7k followers on Instagram. Likewise, he follows Neal Katyal, Jake Tapper, and Joe Biden.

You may also read the age, parents, career, net worth, body measurement, and social media of R. Kelly, Annette O’Toole, and Amy Crawford.