John Stones is currently dating a beautician Olivia Naylor. The couple recently rented a £3.5 million mansion in Prestbury, Cheshire, a short distance from his old home.

Olivia has a son from her previous relationship.

Previously, John was in a longterm relationship with Millie Savage. They first met in Penistone Grammar School, South Yorks. He also got a tattoo of Millie on his arm.

However, months after returning from the World Cup, in December 2018, he ended his 11-year relationship with Millie.

They also have a daughter together. 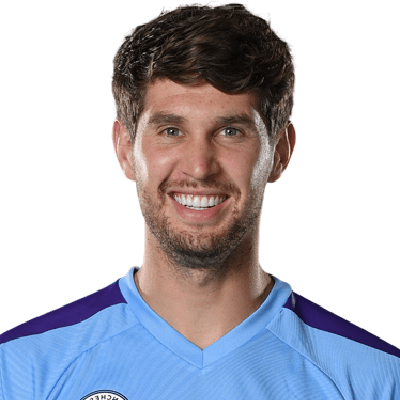 Every player usually watches their clips back of how they play: mistakes, duels, things that are specific for your game. I wanted to be proud of that and I wanted to see it in person, I suppose, because in the past I have had a lot of criticism for things that I have done.

I've never hidden away from mistakes or the good things as well.

Everyone finds their little ways of getting past bad moments and everyone has them, it's football. We get the good moments and we get stick. You can start overthinking, it's human, everyone does it.

Who is John Stones?

John Stones is a center back defender in the team Manchester City and the national team of England. John Stones came to limelight for his technical ability and physical presence.

He is also regarded as one of the best ball-playing central defenders.

John Stones was born in Barnsley, United Kingdom, on 28 May 1994. He grew up in Thurgoland. His parent’s names are Peter Stones and Janet Stones. He also has a sister.

He belongs to British nationality and as far as his ethnicity is concerned, he is English and Caucasian.

John has his schooling from Penistone Grammar School. Other information regarding his education is unknown.

At the tender age of seven, Stones joined the Barnsley youth academy where he gradually honed his skills until he signed his professional contract with the club in the year 2011.

John Stones was passionate about playing sports especially football from an early age. He began his football journey entering the youth academy with Barnsley when he was just 11. After showing impressive skills in the junior team, he was called up in the senior team in 2011.

His professional career for Barnsley started was signed in 2011. On March 17, 2012, he debuted against Reading. His scored his first goal for the team on August 11, 2012.

Stones played for two seasons scoring a single goal in 24 matches and left the club.

Stones later switched to Premier League club Everton agreeing to a five-year contract with the club on January 31st, 2013.

His league career for the team Everton started on February 10, 2013, against Manchester United. After that, he left the club playing for three seasons bagging one goal in 77 games.

He then signed a six-year deal with Manchester City on 9 August 2016. He debuted through City on 13 August 2016, against Sunderland. So far, Stones is still playing for the club.

As of 2022, John has accumulated a huge net worth of around $40 million. He receives an annual salary of $2.4 million from his present club.

The footballer earns around 100,000 in a week playing for Manchester City. He bought his mansion for $3.5 million in February 2017 along with ex-girlfriend Millie near Knutsford in Cheshire. This house has six-bedroom, an indoor swimming pool, and landscaped gardens.

He is also the owner of Mini Copper Classic.

The player was rumored to be having an affair with Jessica Peaty. The couple was also spotted together many times. Also, sources say that they had an affair for 10 weeks and then broke up. But the rumors were never confirmed.

John Stones’ height is 6 feet 2 inches and weighs 70 kg. He has brown color hair and blue eyes. He has his ex-girlfriend’s face tattooed on his arm.

Likely, he has over 1K followers on his Facebook page.

Also, get to know the bio of other football players like Ben Foster, Brad Green, Devin Lucien, and Jerry Jeudy.