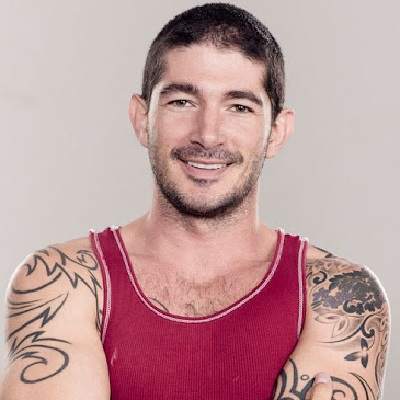 Johnny Hazzard’s current relationship status is possibly single. To the date, he has not introduced anybody as his partner or lover.

As of now, he has not shared any details on his past relationship and dating history.

His Instagram post suggests that he is in love with creating new things especially related to fashion.

Who is Johnny Hazzard?

Currently, he redirecting his career as a designer.

Johnny Hazzard was born on 21st September 1977 in Cleveland, Ohio. His birth name is Frankie Valenti. He is of Italian ethnicity.

To date, he has not shared any details on his family background including father, mother, and siblings. Also, details on his academics are not available.

In 2003, Johnny Hazzard entered the adult industry as an adult actor. The year, he appeared in the videos like What Men Do and Detention. The following year, he started working with the production studio, Rascal Video.

Within a year, he made quite a reputation in the industry. Also, his performance in such videos was quite appreciated by the various awards. However, he received 8 GayVN Awards twice a year starting from 2004 till 2008.

After a successful career in the adult industry, he also tried his luck in modeling too. In 2004, he started modeling for the Rascal Magazine. Moving forward, he appeared in the calendar, Chi Chi LaRue: XXXclusive 2007, Chi Chi LaRue’s warning, and Chi Chi LaRue: Live and Raw.

Also, he appeared in the TV series, The Lair. In the gay-themed vampire movie, he portrayed the character of Tim. In 2006, he released his debut single, Deeper into You. under the recording label, Outta The Box Record.

Later, in 2016, he left the adult industry and redirected his career as a designer.

Johnny Hazzard has brown eyes with brunette hair. He stands at a height of 5 feet 8 inches has weighs around 68 kg.

Talking about his appearance, he has sharp looks with oval-shaped facial features. Also, he prefers to have slightly grown facial hair. Also, he is fond of getting tattoos. He has tattoos on his chest, wrist, left arms, and legs.

He also has a self-titled YouTube channel with around 146 subscribers with more than 8k views.