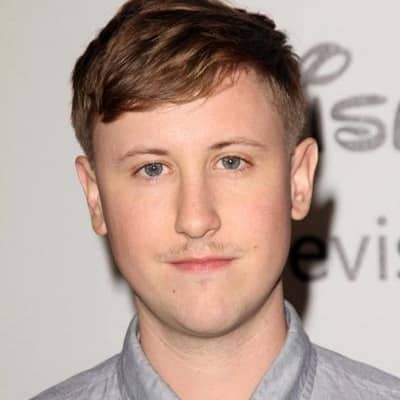 What is the relationship of Johnny Pemberton?

Johnny Pemberton is currently possibly single. He has not disclosed the details of his girlfriend or affair.

Who is Johnny Pemberton?

Johnny Pemberton is an American actor, podcaster, and comedian. He is mostly known for his characters in Son of Zorn and Superstore.

He is also a Twitch star and streams content related to DJing, interviews, gardening, and video games.

He was born on 01 June 1981 in Philadelphia, Pennsylvania, the US. His father and his mother’s names are John H. Pemberton and Elise Pemberton respectively.

Johnny’s ethnic background is a mix of English, German, and Welsh.

Talking about academics, he has not shared the details.

His recent projects are King Knight (2020) and Unplugging (2021). His other big-screen titles are,

Johnny first landed a role in It’s Always Sunny in Philadelphia (2010). He then did the role of Mason Baumgardner in Family Tools, Johnny/Cameron/Kevin in Kroll Show and the Hendersons, and more.

Johnny was also seen in series like Perception, Community, Just Roll With It, Review, etc in a brief role.

Besides acting, he also hosts Live to Tape. This podcast was previously known as Twisting the Wind and it contains topics related to music, prank phone calls, and guest interviews

He has earned an estimated net worth of $1.5 Million as of 2022. The average salary received by him is unknown.

This Superstore actor is keeping himself away from rumors and also not surrounded by any desperate scandals.

Regarding Johnny Pemberton’s body features his height and his body weight are average. In addition, he has blue-colored eyes and his hair is brown.

He also has a YouTube channel created in 2006 and it has now over 5.3k subscribers.