Updated On November 15, 2022 | Published By: Helen Fell
Share this
Single 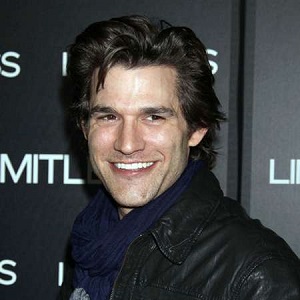 What is the relationship of Johnny Whitworth?

Johnny is very open about his personal life. In the early time, he was dating with Dana Daurey but the time period of their relationship is not available in the media with whom he broke up before getting married to her.

Similarly, for the second time his affair again started with Gina Phillips in 1996 until the year 1999 and due to their high stage of conflicts, they got separated from their relationship. Again he flashed his name on a new girlfriend as Megan Pepin in the year 2006 which lasted just for 1 year time and ended before getting married. Johnny is not married by now neither he is divorce.

He has no children but by now he thinks he needs to seriously be in a relationship and mention the lady as his spouse. By now he is busy in his career but near later he claims he will be getting married to his love of life.

Who is Johnny Whitworth?

Whitworth was born on 31 October 1975 in his birthplace, Charleston, South Carolina. His nationality is American and his ethnicity is North American.

His early years were spent with his mother. As his parents were divorced, he eventually chose to live with his father in Plano, Texas. Johnny’s mother started working in a sales company and his father was a numerologist by his professional identity.

But following that, he moved to Los Angeles with his mother and at the age of 18 started his acting career with a guest appearance on Party of Five in 1994.

Johnny went to Beverly Hills High School in California for his academic education.

Johnny started his career at the age of 18 with minor roles in the American television series Party of Five which was in 1994. Whitworth quit acting after his first few movies but then made a comeback in 1997’s The Rainmaker. Jib’s debut in movies was with Bye Bye Love in 1995. With his success, he was again offered in Empire Records playing A.J. in the film at the very time.

Had had a recurring role in the CBS crime drama CSI: Miami, where he played bad-boy Detective Jake Berkeley, a love interest of Calleigh Duquesne. The storyline swiftly made Whitworth’s character a controversial one, as his competition for Duquesne working with the CSI team. Whitworth returned in the first episode of Season 7 and again in the 21st episode of Season 8. This was his laser appearance.

In 2003 he co-starred in MTV’s musical adaptation of Wuthering Heights, which was a modern take on the classic novel. In 2007, Whitworth appeared in the film 3:10 to Yuma, and in 2009 appeared in Gamer. Whitworth later appeared in the films Locked In and Limitless. He also played the villain Blackout in the 2012 sequel Ghost Rider: Spirit of Vengeance and Griffin Cavenaugh in the thriller Pathology. Forum 2014 to 2015, Whitworth had the recurring role of Cage Wallace in the CW series The 100. In 2015, Whitworth had a recurring role in the NBC series Blindspot.  He became a lifetime member of the prestigious Actors Studio 2017.

Johnny Whitworth: Salary and Net Worth

Johnny has an estimated net worth of $3 million. Furthermore, her salary is not known.

He has not been into rumors and controversy in the present phase of time.


Johnny has a height of 6 feet. He has dark brown hair and dark brown eyes. Furthermore, there are no details regarding his body measurements.