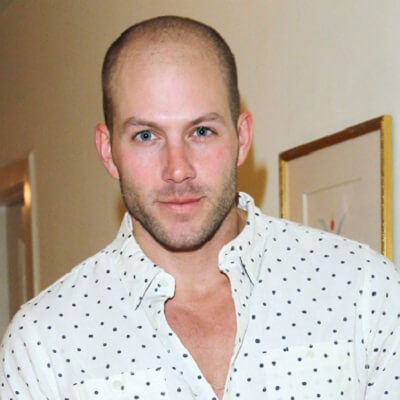 Johnny Wujek is currently single. He is very private regarding his personal life and dating history. He is openly gay and has dated men before. However, he has not revealed any of their names.

However, he has revealed that Katy Perry once ‘hit on him’ at a party before she knew he was gay.

Who is Johnny Wujek?

Johnny Wujek is an American fashion stylist and costume designer who joined the E! network as a member of their Style Collective. He is one of the most famous stylists in the world and has worked for many celebrities including Mariah Carey, Nicki Minaj, Katy Perry, etc.

Johnny Wujek was born on July 24, 1979, in Michigan, the United States of America, under the birth sign, Leo. As of 2020, his age is 40. There is very little information about his family background and early life. He has not revealed anything about his parents. He also has one sister.

Wujek spent his childhood days in Michigan. His ethnicity is Polish, Ukrainian.

There is no information about his educational background. He does seem to be well-educated but has not revealed which school or college he went to.

Johnny Wujek first tried to become a model and actor. However, he realized that fashion styling and designing was his passion. Since then, he started working really hard for it and has achieved his dreams.

He has now designed and styled looks for many celebrities’ red carpet looks including Mariah Carey, Nicki Minaj, Katy Perry, Kim Kardashian, Amber Heard, Briteny Spears, Kate Mara, Bella Thorne, and Zac Efron. His work is known to be versatile, elegantly original, and envelope-pushing. He served as the creative consultant and celebrity judge for America’s Next Top Model for season 19 and 20 in addition to Project Runway All-Stars.

Moreover, he has costume-designed global campaigns with renowned photographers like Mario Testino, Ellen Von Unwerth, Terry Richardson, and David LaChapelle. In 2015, he was also a key member of the E! Style Collective and co-hosted by E! News Live for the Met Ball and the Academy Awards.

The following year, he costume-designed Katy Perry’s halftime show for the Super Bowl XLIX. Moreover, he has also worked on editorials for Vogue, Elle, Cosmopolitan, Harper’s Bazaar, and more. In 2016, he featured on the hit HBO show Girls and a couple of years later, he starred on E! News’ fashion program called ‘FACE FORWARD’.

In 2020, Johnny became the costume designer for HBOmax’s glitzy new competition show about modern-day drag ball culture called ‘Legendary’. The Hollywood Reporters has listed him in its Top 25 List of Most Powerful Stylists.

Wujek has blue eyes and brown hair. However, he has not revealed his height and weight.

Although his exact net worth is yet to be revealed, some online sites have estimated it to in the region of $1 million – $5 million as of 2020. There is no information about his annual salary but on average, celebrity fashion stylists earn over $100k per year.

Johnny has not been involved in any controversies. He has been able to keep himself away from any type of controversy and scandal. So far, he has not done anything controversial in his career. Similarly, there are no rumors about him of any kind. He has kept his profile clean and has simply focused on her career and personal life.

You may also like to read the Bio, Career, Net Worth, Relationships, and more about Mariah Carey, Nicki Minaj, Katy Perry, and more.