Joji’s marital status is single. He has not married anyone.

Currently, he is living in Los Angeles. He has not shared his relationship status with the local media. He also does not talk about his private life. 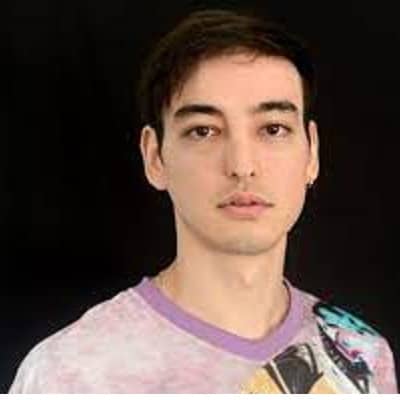 Joji is well known online as Filthy Frank and Pink Guy. Joji is a versatile Japanese singer, composer, comedian, media figure, and YouTuber. He is the first Asian-born singer to gain success, such as topping Billboard’s Top R&B albums chart in November 2018.

George Kusunoki Miller was born on 18 September 1992 in Osaka, Japan and currently he is 29 years old. He holds Japanese nationality and belongs to the Japanese and Australian ethnicity.

He has not shared his parent’s details with the media.

Joji has attended an international school named Canadian Academy in Kobe, Japan where he passed out in 2012. After that, he went to travel to the United States at the age of 18.

He began his YouTube career by creating sketch comedy videos for several channels. Among his channels were AussiAsianBoyz, TVFilthyFrank, TooDamnFilthy, and many more. Later, he debuted The Filthy Frank Show, a dark comedy series.

Following that, he recorded funny hip-hop tracks under the nickname Pink Guy. These videos shot him to fame. Many YouTube stars, including Michael Stevens and Jon Tron, appeared in the show.

In 2017, he also began a music career and chose to quit the channel. Miller became obsessed with music, and his debut album, Pink Season, was published under the alias Pink Guy. Miller went by the stage name Joji and performed as Pink Guy at SXSW. He also published two songs: Thom and You Suck Charlie. Later, he spoke out about his efforts on Instagram and released his album, Nectar, in 2020.

He is famous on YouTube and social media. His source of income comes from his career where his estimated net worth is $10 million as of 2022. He has not shared his annual yearly salary with the others.

He has not been in any rumors and controversies as he likes keeping his personal and business life separated.

He stands at the height of 5 feet 5 inches tall and 71kg of weight. He has not shared his body measurement details like hips, chest, and chest sizes with the others. Looking at his appearance he has fair skin tone, black hair, and black eyes.

He is active on social sites like on Instagram with 5.5m followers with the name @sushitrash, on Twitter he has 1.6M followers with 247 tweets and has 2.2M fans on Facebook. He also has a YouTube accounts under the name of @TVFilthyFrank where he has got 7.78M subscribers.