She participated ins several competitions with her partner Kenneth Shelley. 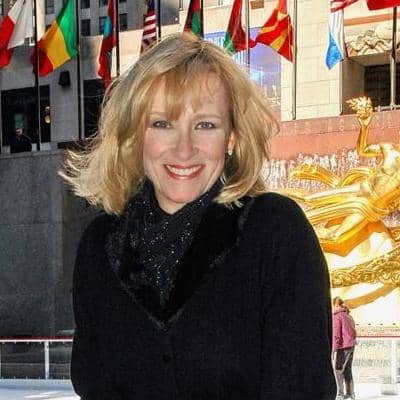 Jojo Starbuck is currently married to Jeffrey J. Gertler. Her husband has an Architect license and they exchanged vows in the year 1993.

Jojo was previously married to Terry Bradshaw. He is a TV sports analyst and former football player.

Who is Jojo Starbuck?

Jojo Starbuck is an American figure skater and coach. She participated ins several competitions with her partner Kenneth Shelley.

They won the United States pair skating champion from 1970 till 1972.

She was born as Alicia Jo Starbuck on 14 Feb 1951 in Birmingham, Alabama, USA. The name of her father and her mother’s name is hidden from the public.

Jojo’s ancestry is Caucasian and talking about her academics, she went to Cerritos College and Downey High School.

Then she enrolled at the California State University Long Beach.

Jojo Starbuck is at present teaches skating at Essex Skating Club. She was also seen in New York Stories (1989) and The Cutting Edge (1992),

At present, her net worth is around $2 million which is predicated. However, her salary and other earnings are unknown.

Her ex-husband, Terry has assets of around $45 million. Similarly, he also receives an amount of $5M as a salary.

This skating personality is keeping herself away from rumors at present.

Regarding Jojo Starbuck’s body features, her height and her body weight are unknown. Moreover, her eyes are light brown plus she has brown hair.

Jojo is active on social networking sites. Her Facebook and Twitter have more than 3.2k and 486 followers respectively.

Moreover, her Instagram is followed by more than 1.2k followers.