Updated On January 29, 2023 | Published By: Brandy Stratton
Share this
Married 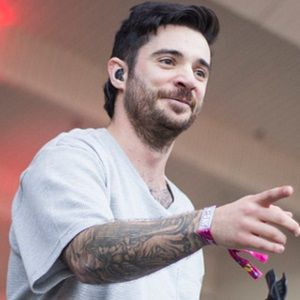 At the end of the day, we want love, and we want to feel loved

If I can show people how vulnerable and how flawed I am, maybe others will relate

I came to the realization that I'm a child of God, and that's my identity. If this all goes tomorrow, I don't have the proverbial rug under me that can be pulled out. I'm taken care of, and there's someone who loves me.

Who is Jon Bellion married to?

Jon Bellion announced that he was married during the early months of 2018 via his song Conversations with My Wife. The song is from his 2018 album collections  Glory Sound Prep

His marriage is kept a secret with no details disclosed of his wife. He was rumored to be in a relationship with Melanie Iglesias. But they never officially confirmed it.

Who is Jon Bellion?

Bellion wrote the chorus of the song The Monster which was a Grammy Award-winning song in 2015 for Best Rap/Sung. He is famous for his single All Time Low and studio album Glory Sound Prep. His The Human Condition debuted at number five on the US Billboard 200.

Who are the parents of Jon Bellion?

Jon Bellion was born on 26th December 1990 in Lake Grove, New York, U.S. He is the son of Judy Ann and William J. Bellion. He was raised in his parent’s house with his sisters and brothers.

Similarly, his nationality is American whereas he is of Italian descent. There is no other information about his childhood.

Jon Bellion at the age of 19 years decided to drop out of college and focus on his writing career. Similarly, he worked under songwriter and Warner Bros A&R executive Kara DioGuardi for a year.

He signed a deal through her personal publishing company. Through this experience, he learned how to write songs for different artists, in genres such as rock and hip hop.

Similarly, he is known for his single All Time Low and has released four mixtapes and two studio albums. His The Human Condition was released on 10th June 2016 and it debuted at number five on the US Billboard 200.

Furthermore, he provided vocals for the 2015 EDM song Beautiful Now by Zedd. He opened the concerts from the third leg of Twenty One Pilots’ Emotional Roadshow World Tour.

Now talking about his awards and nominations, he wrote the chorus of the Grammy Award-winning song The Monster by Eminem featuring Rihanna. Similarly, he has won the MTV Europe Music Awards and Radio Disney Music Awards.

How much is the net worth of Jon Bellion?

Jon Bellion is successful in his career and has not been into any rumors and controversy.

Talking about Jon Bellion’s body measurements, he has a height of 6 feet and weighs around 80 kg. His hair color is black and he has grey eyes color.