Jon Bernthal is an American actor best known for his role as Shane Walsh on the AMC television series The Walking Dead. He is married to Erin Angle. The couple together has three children.

Jon Bernthal is a married man for a long time. His wife is Erin Angle who is a trauma nurse. The couple dated each other for several years before their marriage. Their love affair turned into marriage on 25 September 2010.

Jon became a father for the first time in August 2011. The couple together has three children, two sons and a daughter named Henry Bernthal, Billy Bernthal, and Adeline Bernthal.

This couple has been together for seven years now and there is no sign of divorce at all.

Currently, he resides in Venice, California with his family. There are no other records of his past relationships. 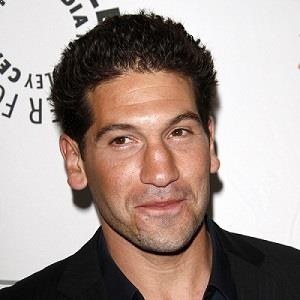 If you can figure out how to get paid to do something you love, that's the dream.

I think it helps, as an actor, to never know when you're going to get that next script and you're done.

I'm not a big shopper.

Who is Jon Bernthal?

Jon Bernthal is an American actor best known for his role as Shane Walsh on the AMC television series The Walking Dead.

He is also known for his role as Brad Bodnick in the 2013 blockbuster movie The Wolf of Wall Street.

Jon portrayed Joe Teague in Mob City and Frank Castle in the Netflix series Daredevil. He is the first live-action actor to portray Frank Castle/The Punisher who was born after the character was created.


Jon Bernthal was born on September 20, 1976, in Washington, District of Columbia, United States. As of 2021, he is 45 years old. He is an American by nationality and is of Ashkenazi Jewish ethnicity.

His birth name is Jonathan Edward Bernthal. He is the son of Joan Lurie(mother) and Eric Lawrence(mother). His father Eric, is a lawyer. His paternal grandfather Murray Bernthal was a musician and producer.

He has two brothers named Nicholas and Thomas. He grew up in Washington with his family.


Jon completed his school education in his native place. Later, he enrolled at Skidmore College in Saratoga Springs and graduated with a BA degree.

After college graduation, he enrolled at Harvard University’s Institute for Advanced Theater Training and graduated from the American Repertory Theater with a Master of Fine Arts in 2002.

He also studied at The School of Moscow Art Theater in Russia.

After graduating from American Repertory Theater in 2002, Jon Bernthal began his professional acting career with the theater company, Fovea Floods. Jon performed in over 30 plays regionally and Off-Broadway. He made his screen debut with a guest role in Boston Legal.

He made his big-screen debut playing Manny in Mary/Mary in 2002. His performance as Donnie Pitron in Bar Starz (2008) was appreciated by the audience and he began getting bigger roles in movies and TV films.

Jon appeared in several minor roles in television films at the start of his career. He booked his first regular role on a television series with the sitcom The Class (2006-2007).

Furthermore, his role Brad Bodnick in The Wolf of Wall Street (2013) earned him several award nominations including the “Boston Society of Film Critics Award for Best Ensemble” and the “Critics’ Choice Award for Best Acting Ensemble”.

His other movies are Pilgrimage and Shot Caller and he was also seen in a series The Punisher.

Throughout his successful career, he has accumulated a net worth of 10 million dollars as per 2022’s data, but his salary is unknown.

However, this actor was charging $80,000 per episode of The Walking Dead.

Talking about the rumors and controversy, there was a rumor that he will be cast in The Defenders soon.

He has been a straight person in his career and he has not been in any controversy to date.

Jon Bernthal has an athletic body with a height of 5 feet 11 inches and weighs 84 kg. His hair color and eye color are dark browns.

His chest, biceps, and waist size are 45-16-34 inches respectively. He keeps himself fit as he is a very health-conscious man.

You may also like to read Chris Santos (Actor), Robert Ri’chard, and Olivia Williams.

He is living happy conjugal life with Erin.

Does Jon Bernthal have a brother?

He has a brother named Thomas.

How Much Does Jon Bernthal make?

He has around $10 million of assets.
Elden Henson
Tags : Actor The Walking Dead Widows

Inactive in social media, Erin Angle is living happily with her husband Bernthal. Blessed with 3 children!