Jon Cryer is an American actor, producer and played a lead in a comedy series, Two and a Half Men. Jon is married to an entertainment reporter with two kids.

Jon Cryer is married to the entertainment reporter, Lisa Joyner.

The wedding took place on the 16th of June 2007 at the Chapel of Pueblo Bonito Sunset Beach in Cabo San Lucas Mexico. At the wedding, Cryer wore a white tuxedo. Where the bridge was wearing an A-line Empire waist Monique Lhuillier gown designed by Reem Acra.

In February 2007, they announced that they were engaged in the talk show, The Tonight Show with Jay Leno.

As of now, the couple is living a happy life with their daughter, Daisy Cryer. On the 29th of September 2009, they adopted Daisy.

Previously, he was married to the British actress, Sarah Trigger in 1999. Together, they have a son, Charlie Austin. However, they divorced in 2004. 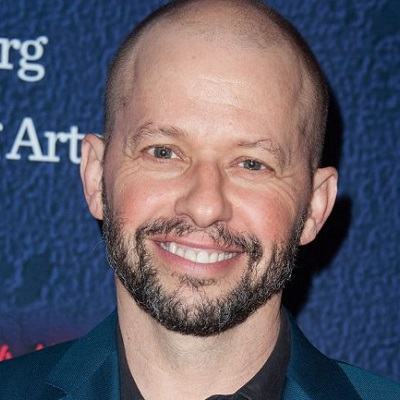 Sarcasm is lost in print.

I would always have been the geek who's your friend. I will never be the dark guy with a sensitive side, as much as I yearn to be.

Who is Jon Cryer?

Jon Cryer is two times Primetime Emmy Award-winning actor and producer. Cryer is renowned as Alan Harpen of Two and a Half Men, and Duckie of Pretty in Pink.

Last, he appeared in the TV series, Supergirl as Lex Luthor.

His father, Donald David Cryer is a veteran American actor known for The Phantom of the Opera. Also, his mother, Gretchen Cryer-Kiger is a Playwright and actress by profession.

He is of British-Scandinavia-Irish-Wales ethnicity and has two sisters, Robin and Shelly.

In 1983, he graduated from the Bronx High School of Science. Also, he has attended a short course in Shakespeare from the Royal Academy of Dramatis Art in London.

At the age of 12, he had already set his mind to be an actor. For pursuing it, he used to attend Stagedoor Manor during his summer vacations. From a teenager, he had developed a very keen interest in acting.

– At the age of 19, he got his big debut in the movie with No Small Affair. In the movie, he portrayed the character of Charles Cummings. After that, he started making an appearance in TV series and films in minor roles.

– His career took a turn for the good where he featured in the movie, Pretty IN Pink as Duckie. His performance in the movie who highly appreciated by the viewers.

– Moving forward, he appeared in the movies including Hiding Out, Dudes, and Superman IV: The Quest for Peace.

– In 1989, he was cast in the comedy TV series The Famous Teddy Z as teddy Zakalokis. However, the series did not receive good reviews that caused the show to be stopped.

– After the series till the date, he has appeared in more than 35 TV series. Some of his TV series along with the character name and the year are-

– Apart from acting, he is also involved in the production works. As a producer, he has produced the series and movies like Went to Coney Island on a Mission from God… Be Back by Five, Getting Personal, and The Pompatus of Love.

– Also, he has also directed some episodes of Two and a Half Men. In 2015, he published his book, So That Happened: A Memoir under the publication house Penguin Publishing Group.

Through his acting career for more than three decades, he has made a hasty net worth of $70 million as of 2022. While talking about his earnings, he charges around $650k per episode.

Besides that, he also makes his production and direction work.

Some of his box office along with movies, the year is-

In 2012, his co-star, Molly Ringwald told that his character seems a little bit gayish. In the matter, the actor claimed that he has had to live with Gaydars.

The same year, his wife, Lisa Joyner told in the talk show, Jeff Probst during their dating, she wondered if he is gay as he never kissed her.

No Small Affair’s co-star, Demi Moore disclosed that the actor, Jon lost his virginity when they were filming the No Small Affair.

However, the actor took his Twitter account and told that he didn’t lose his virginity to the actress. Also, he mentioned that he lost his virginity when he was in High School.

Jon Cryer has hazel eyes with light brown hair. His height is 5 feet and 9 inches and weighs around 75 kg.