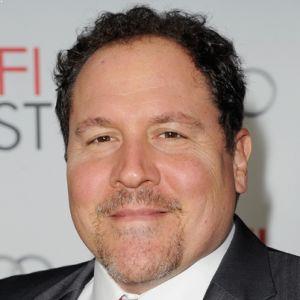 I've always wanted to call the shots because I would rather fail than not have a chance to figure it out on my own. I'm a very lazy person by nature. I have to be really engaged, and then I go straight from lazy to obsessive. I couldn't study chemistry, but I could memorize all the books for Dungeons and Dragons. It was ridiculous. The trick is to find what I like to do.

I don't 'handle' people. It's so much easier to manipulate actors than to really have an earnest discussion with them. It's very easy to say whatever's going to appease them and then turn around and do whatever you want to do. It's difficult to be forthright with people, because the job does not lend itself to that.

(on briefly working in banking): I gave two weeks' notice a week before Black Monday. But it was very strange because I thought I would be working on Wall Street my whole life. It was the go-go '80s, there were yellow ties. It was just an exciting moment. And although I wasn't involved in the trading side of things, I was still around that culture, and I ultimately decided it just wasn't for me. As a matter of fact, I wanted to be a New York City firefighter. I didn't make it in, though.

Jon Favreau is a married man. He married physician Joya Tillem on November 24, 2000.

Who is Jon Favreau?

Jon Favreau is an American actor and filmmaker. People know him as an actor for roles in films such as ‘Rudy’, ‘Swingers’, ‘Very Bad Things’, ‘The Break-Up’, ‘Couples Retreat’, and ‘Chef’ among others.

Additionally, he portrays Happy Hogan in the Marvel Cinematic Universe.

Favreau was born in Flushing, New York City, New York on October 19, 1966, to parents Madeleine, an elementary school teacher who died of leukemia in 1979 and Charles Favreau, a special education teacher.

His father is an engineer. He always wanted to become an actor since his childhood years. He is of American nationality. Furthermore, he belongs to Italian, French-Canadian, German, and Ashkenazi Jewish ethnic background.

Talking about his education, Favreau attended Hebrew school and had a Bar Mitzvah ceremony. Later, he graduated from The Bronx High School of Science in 1984 and attended Queens College from 1984 to 1987 before dropping out.

Jon Favreau initially landed his first film role alongside Sean Astin as football tutor D-Bob in the ‘sleeper hit Rudy’ in 1993. The next year, he appeared in the college film PCU alongside Jeremy Piven, in the 1994 episode of Seinfeld titled ‘The Fire’. In 1994, he also appeared in ‘Chicago Hope’, ‘Speechless’, and ‘Grandpa’s Funeral’. All in all, he has over 60 credits as an actor.

Some other movies and television series that Favreau has appeared in are ‘Spider-Man: Homecoming’, ‘Term Life’, ‘Entourage’, ‘The Wolf of Wall Street’, ‘Identity Thief’, ‘Star Wars: The Clone Wars’, ‘People Like Us’, ‘John Carter’, ‘Zookeeper’, ‘Couples Retreat’, ‘I Love You, Man’ and ‘Four Christmases’ among others. Additionally, he also has over 20 credits as a producer and director. Furthermore, he also has 7 credits as a writer.

Favreau garnered the Primetime Emmy Awards in 2005 for ‘Dinner for Five’. He won the Saturn Award in 2009. Additionally, he has garnered the Streaming Award, Critics Choice Award, CFCA Award, and DFCS Award nominations. All in all, he has 5 wins and 10 nominations to his name.

Favreau has not revealed his current salary. However, he has an estimated net worth of around $60 million at present.

Favreau became part of a controversy after he was photographed cupping the breast off and kissing the cardboard cutout of Hillary Clinton. Additionally, his relationship with the Marvel Universe has also attracted numerous controversies along with his ways.

Talking about his body measurement, Jon Favreau has a height of 6 feet 1 inch (1.85 m). Additionally, he weighs around 89 kg. Furthermore, his hair color and eye color is dark brown.

Real shot in the Jon Favreau’s directed The Lion King! His thoughts on working with Beyonce