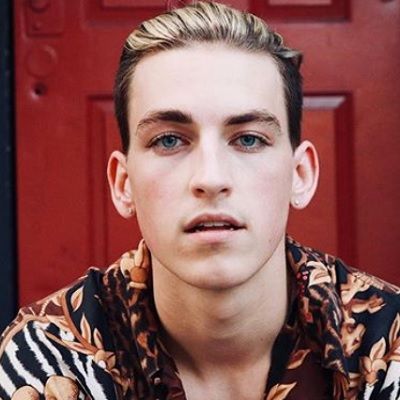 Jon Klaasen is in a relationship with Elyssa Joy. They share a picture with one another on their Instagram handle.

He and his girlfriend released a single Best I Can and they have done music video together.

Who is Jon Klaasen?

Jon Klaasen is an American pop singer known for being the contestant of the reality show The X Factor. Jon was part of the Simon Cowell-formed trio Forever in Your Mind.

He is also a TikTok star.

Jon Klaasen was born on 10th January 1998 in Indiana. He is the son of Bob Klaasen and Karen Klaasen. He has a brother Joey with whom he grew up in Greenwood. They have collaborated in many social media posts.

His brother is active on TikTok and has 9.3 million followers.

Jon started his career as an athlete. He played basketball, soccer, football, tennis, and some baseball. He was part of both musician and athlete for 4 years. After that, he started developing a passion for music.

Jon was the part of the reality TV program The X Factor. It is a British television music competition franchise created by Simon Cowell.

In 2016, he participated in American Idol and reached the showcase round where he sand his original song Irreplaceable.

In 2017, he competed in the ABC’s singing competition show Boy Band. It is a competition series presented by Rita Ora.

In the third season of The X Factor in 2013, he joined Emery Kelly and Ricky Garcia to form band Forever in Your Mind.

He has more than 4 million TikTok fans. He is on TikTok with the name ‘jonklaasen’.

He earns around $1.6k US from his YouTube channel.

Jon has blonde hair and light blue eyes. He has decent height and weight.

Jon has around 21.2k subscribers on YouTube. He has uploaded more than 100 videos.