The Spanish media reported that he was in a relationship with Luke Evans. Luke Evans is a Welsh actor. But their relationship didn’t last long. So, the couple broke up in 2016. 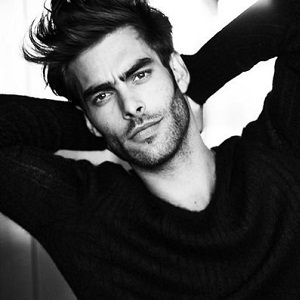 Who is Jon Kortajarena?

He was born as Jon Kortajarena Redruello on 19 May 1985. His birthplace is in Bilbao, Spain. His ethnicity is a mix of Basque, Spanish/Andalusian.

His mother Nuria has worked as a hairstylist but his father’s name is unavailable.

He has attended an Ikastola school.

Jon Kortajarena was discovered by a model booker while vacationing in Barcelona. His first professional work was in the Cibeles fashion show for Roberto Verino. After that, he left his hometown and joined the fashion industry in Paris. At the early age of 18, Kortajarena became the face of Just Cavalli for Roberto Cavalli’s spring campaign which took his career to a whole new level.

Kortajarena also appeared in a commercial for the sugar-free, Fanta Z “Mediterraneo”. In 2007, Terry Richardson photographed Kortajarena for Tom Ford alongside Noah Mills.

He was named Model of the Year by GQ in 2009. Also, Forbes has ranked him on the list of The World’s 10 Most Successful Male Models at position 8.

Jon was seen in several movies. He first appeared in A single Man in 2009 as Carlos.

As per 2022’s data, this supermodel plus actor’s net worth is estimated to be $82 million. He is associated with brands like Armani, Balmain, Benibeca, and more.

Kortajarena suffered from rumors and controversies when he was dating Luke Evans.

His hair color is chestnut and eye color is green and he wears a shoe size of 11 US.

His waist size is 31 inches and bust is 39 inches.