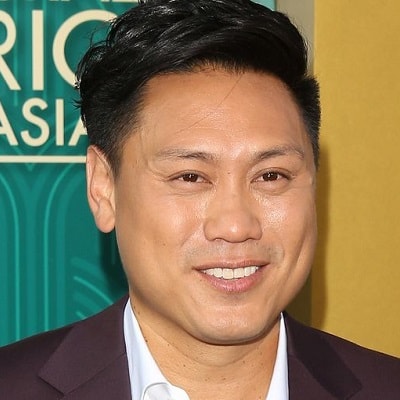 I started making films in fifth grade when my family and I would go on vacations and my mom decided to let me be in charge of the camera... Rather than shooting our family in front of the London Bridge or the Eiffel Tower, I was making sci-fi thrillers and murder mysteries.

You are what you do everyday.

Jon M. Chu is a married person. He has been married to Kristin Hodge, a graphic designer since July 27, 2018, in Napa Valley. The couple is a blessed with a daughter named Willow Amelia Chu on July 16, 2017.

The couple welcomed their daughter before their marriage. The family is currently living together with a pet dog.

Jon M. Chu is an American filmmaker who is best known for his film directing skills in ‘Step Up 2: The Streets’, ‘Justin Bieber: Never Say Never’, and ‘Step Up 3D’.

He was born on November 2, 1979, in Palo Alto, California, U.S.A. His birth name is Jonathan Murray Chu. He was born to mother Ruth Chu(born in Taiwan) and father Lawrence Chu, a famous chef (born in Sichuan).

Jon is not a single child in his family as he has four siblings. He grew up playing piano, drums, saxophone, violin, and guitar. His parents helped him to set his career in his choice.

Jon holds American citizenship and his ethnicity is Chinese.

He attended Pinewood School and then attended the University of Southern California of Cinema-Television.

He made his student short, ‘When the Kids Are Away’ and was signed to William Morris Agency. Later, he was hired by Sony Pictures as a director for ‘Bye Bye Birdie’ but the movie never made it into production due to budget issues.

Similarly, he is directing the movie ‘In the Heights’ which is to be released on June 26, 2020.  In addition, he is a dancer and is a member of dance crew AC/DC a.k.a.  Adam/Chu Dance Crew.

He was awarded the Princess Grace Award and the Dore Schary Award for his wonderful works.

He has an estimated net worth of around $16 million and he has earned that sum of money from his professional career. His career has given him not only fame but a huge fortune. He is living a lavish life.

There is a rumor that Jon is in the running to helm ‘Star Trek 3’ but the rumor is still to be proved.

Jon M. Chu has a height of 5 ft. 10 inches and weighs 74 kg. Jon has dark brown eyes and black hair. But, other information regarding his shoe size, dress size, etc. are not available.