Jon Michael Ecker is currently in a relationship with his girlfriend Laura James. The two also work in the same field as Laura is also a well-known actress and model.

The two started dating sometime in January 2020 and are still going strong. Their relationship has lasted through the lockdowns due to the pandemic and seems like it will last for quite a while.

The two also frequently feature each other on their social media. Both aren’t shy about showing their love for each other and their fanbases also adore the lovely couple.

Before James, Ecker was married to another popular model and actress, Barbara Mori. The two started dating in 2012 and got married in 2014 after dating for 2 years. The two were quite private about their relationship and so, it’s not known when they got divorced. 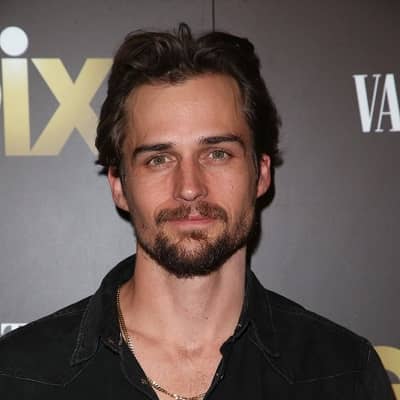 Who is Jon Michael Ecker?

Jon Michael Ecker is a popular Brazilian-American actor. He is best known for his roles in popular series such as Narcos, Queen of the South, and Popland!

Most recently, he appeared as a recurring character on Chicago Fire and Firefly Lane.

Jon-Michael William Ecker was born on the 16th of March, 1983 in San Macros, Texas, USA. As of now, his age is 38. His nationality is Brazilian-American and his ethnicity is mixed.

Jon was born to his father Guy Ecker and his mother, whose name hasn’t been revealed. His father Guy is a popular Latin American actor. He is Brazilian and is really popular for his work in telenovelas.

Despite not knowing her name, we do know that Jon’s mother is American. Jon also has 3 stepsiblings from his father’s marriage with Estela Sainz. He developed a passion for acting growing up and this passion certainly helped in his success.

Jon graduated from a local high school in the US. Then, he attended and graduated from UCSB with a degree in Marine Biology before he decided to pursue acting as a career.

After graduating from college, Jon moved to Mexico City to pursue a career in acting. After moving there, he appeared in a number of Latin American TV series and telenovelas.

His notable roles from that time include his debut role of El Mudra in Nina de mi Corazon and Ari Morales in Popland!

He started gaining traction in the TV industry there and also landed the main role of Pablo Peralta in Corazon Valiente.

Ecker also portrayed the main character in the Mexican TV remake of Gossip Girl, titled Gossip Girl: Acapulco. After this role in 2013, Jon moved back to the US and started working in American TV and films.

He landed his first role in American TV through an episode of Major Crimes in 2015. In the same year, he also landed his breakthrough ole as The Lion in Narcos.

And even though Jon’s role was minor, the immense popularity of Narcos made him quite famous as an actor. Since then he has continued portraying a number of Latin American characters such as El Guero in Queen of the South and Ramon Morel in NCIS: New Orleans.

He also appeared in an episode of Criminal Minds in 2017. More recently, he has landed recurring roles in 2021’s Chicago Fire and Firefly Lane. And his career looks bright as both these shows are shaping up to be really good and popular in the mainstream.

Jon has accumulated a net worth that is estimated to be roughly 2 million USD as of 2021. He hasn’t shared any details regarding his annual salary.

Jon stands at a height of exactly 6 feet and his weight is roughly 76 kilograms. He is quite good-looking and has a slim and athletic physique. His hair is dark brown and his eyes are hazel green in color.

Get to know more about the lives of Barbara Mori and Ivy Matheson as well.