Jon Pardi is a traditional country singer. He is also a songwriter and record producer. Jon is married to a hairstylist, Summer Duncan. 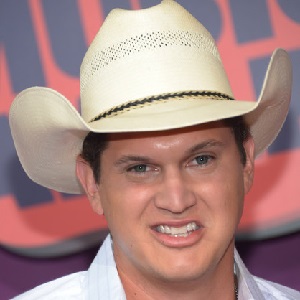 Take everything you can from what people say. Keep going and stick to your instincts. And what your soul tells you to do, use that.

Jon is married to his longtime girlfriend, Summer Duncan in an intimate Tennessee wedding. The couple wed on 21st November 2020 at Saddle Woods Farm in Murfreesboro, Tennessee. Summer was his love at first sight! Awww…how romantic!

His wife Summer is a hairstylist and she owns The Tangled Salon & Spa. The couple was seen making their first public appearance in the 2017 Country Music Awards where he won the award for New Artist of the Year.

The couple started having an affair in June 2017. Jon’s mother is also very fond of his girlfriend as regards to her Instagram post.

Who is Jon Pardi?

He released his debut album, Write You A Song in January 2014. He has released two studio albums, one extended play, and six singles that have charted on the Hot Country Songs and Country Airplay charts.

His latest release is She Ain’t In It, which was uploaded to YouTube on 5th February 2018.

Jon was born on May 20, 1985, in Dixon, California, USA. His nationality is American and he is of mixed(Italian, German, English, Swiss-German, English, Irish, French-Canadian) ethnicity.

His full name is Jonathan Ryan Pardi. His mother’s name is Shellie Pardi-Harrington and about his father, John Pardi he said he was a very hardworking person. His father’s profession was as a constructor.

He has a sister and her name is Ashley. He was from a middle-class family from Golden State. He started writing songs at the tender age of 12. He and his sister were bought up in Dixon, California.

He grew up in Dixon, California, where he attended Dixon High School and graduated in 2003. He was interested in music since his childhood age and he had a dream of pursuing his career in singing since his early age. After high school, he moved to Nashville to pursue his music career.

Jon started writing songs when he was 12 years old. When he was 14, he formed his own small band in his school. He has been a very active member of the singing industry since 2012. He released his debut single, “Missin’ You Crazy” in March 2012. It debuted at number 58 on the U.S. Billboard Hot Country Songs chart for the week of April 14, 2012.

His song received three stars from Taste of Country’s Billy Dukes. He released his second single titled “Up All Night” in the same month in 2013 and became his first top 10 hits. His third single, “What I Can’t Put Down“, was also released that month in 2014.

The album’s fourth single, “When I’ve Been Drinkin“, was released to country radio on September 22, 2014. On 5th February 2018, he released his new singles, titled She Ain’t In It.

He has a good height of 5 Feet and 11 Inches (1.79m) and weighs 86 kg. He has brown hair color and brown eyes. There is no information about his shoe size and dress size.