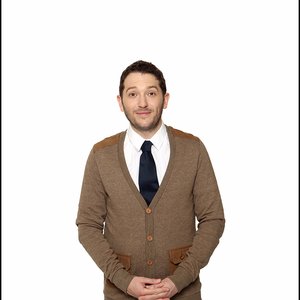 Talking about his personal life, he is married to comedian Lucy Beaumont in April 2015. They decided to tie knot together after 2 long years of knowing each other. In September 2016, they had a beautiful daughter together named Elsie. Prior to this relation, not much is known about his earlier relationship. It seems that he is comfortable to keep his personal life open towards the public. It shows how he loves his fans and leaves no page unturned to make them know what they want. Moreover, he seems to be a very loyal and dedicated person as there is no any affairs, rumors and controversy regarding his personal life. Apparently, he has a very good relationship with his family and is going very strong till date.

Who is Jon Richardson?

He was born on 26 September 1982, and he grew up in Lancaster, Lancashire, England. Not much is there to talk about his family background because Jon has not disclosed about his earlier life and childhood. He showed a keen interest in acting from a very young age.

Talking about his education and qualifications, he attended Ryelands Primary School and Lancaster Royal Grammar School. After that, he participated in the University of Bristol after studying for a year and a half.

Early on in his career, he was living with fellow comedians Russell Howard, Mark Olver, and John Robins to pursue a career in comedy. So, in 2003, he entered and won his heat of the BBC New Talent Comedy Search. He progressed very brightly in 2004 as he was in one of six acts that reached the final of the show J2O Last Laugh Comedy Search. In 2006, alongside Alan Carr, he made an appearance on Paramount’s The Comedy Store. Moreover, he won the 2008 Chortle Award for Best Breakthrough Act by performing at the Edinburgh Festival Fringe. He co-hosted a show on BBC 6 Music with his friend Russell Howard till March 2010.In 2009, he started his show “This Guy at Night” which nominated for the Edinburgh Comedy Awards main prize. After that, he started as a captain for Channel 4’s panel show 8 Out of 10 Cats.

At the same time, he published his book named It’s Not Me; It’s You! In late 2009, he released his first stand-up DVD Funny Magnet which was recorded at Apollo Theatre. In 2014, he started his new show “Nidiot.”

Unlike other actors, he has neither been any significant rumor nor controversy sufferings in his life. There are no rumors concerning Jon, and he has seldom been involved in controversies of any sort hence maintaining a good public image.

He has a slim body standing 5 feet and 10 inches. Jon has dark brown hair color and dark brown eye color. Unfortunately, there is no information regarding his weight and body measurements.