Jon Scott is a Fox News Channel reporter. He also co-hosted of Happening Now. Jon is married to NBC executive, Sharon Scott. Together, they have four children. 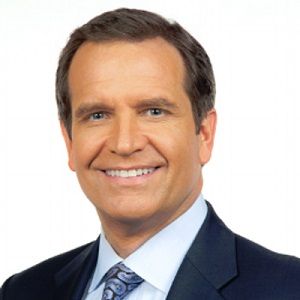 The couple is blessed with four children. One of his sons, Joshua Scott is a graduate of United States Military Academy. Joshua recently returned from Afghanistan after serving there for a year.

Who is Jon Scott?

Jon Scott is an American news anchor. Currently, he is the co-host of Happening Now and Fox News Watch for the Fox News channel.

He was widely famous for his coverage on the World Trade Attack, as he anchored it in as the fresh news.

Jonathan Arthur Scott was born on November 7, 1958, in Denver, Colorado, the U.S. to Scottish ancestry.

However, we are unknown to his parent’s identity. Although, he shared that his mother supported him a lot during his growing years.

But we know that his brother was fought in the Vietnam War as an infantryman. Jon was raised in his hometown. And as of now, we are not familiar with many of his childhood facts and memories.

As regards Jon’s academic qualification, he completed his high school education from Denver Lutheran High School. In addition, he is a graduate of the University of Missouri in Journalism.

He actually came to light as the correspondent for an American reality legal show Dateline NBC on three years career starting from 1992.

Eventually, Jon Scott joined Fox News in 1966 and has been working there ever since. His most renowned coverage and reports include the attack on the World Trade Center in 2001 and the launch of Operation Iraqi Freedom in CENTCOM. He was the studio anchor for Fox News during the coverage of the death of Osama bin Laden.

Jon also is qualified to pilot the single-engine airplanes. And in 2013 he used his qualification to cover the crash Asian Airlines Flight 214. That is when the viewers recognized him as a multitalented person.

Public recognize his from the various shows including, Happening Now, Fox News Watch, and A Current Affair.

As regards Jon’s awards and achievements, he received an Emmy Award for his outstanding news writing for the program Dateline.

As of now, there are not any rumors about Jon’s personal and professional life.

However, there are some controversial topics relating to Jon. Recently in 2017, his harsh and racist comment, ‘Just an aside to the Muslim community, if you don’t want to be portrayed in a negative light, maybe don’t burn people alive and set off bombs and things like that.’ which he stated on Fox & Friend was highly criticized on the media.

In addition, he was criticized for copying a Republican party press release. The copying was noticed as there was the same typographical error as on the original document. Later, he apologized for the error but didn’t talk about the plagiarism.

Jon Scott has gray hair, blue eyes, and fair skin. However, many trusted domains are unknown to the details of his actual body measurements.